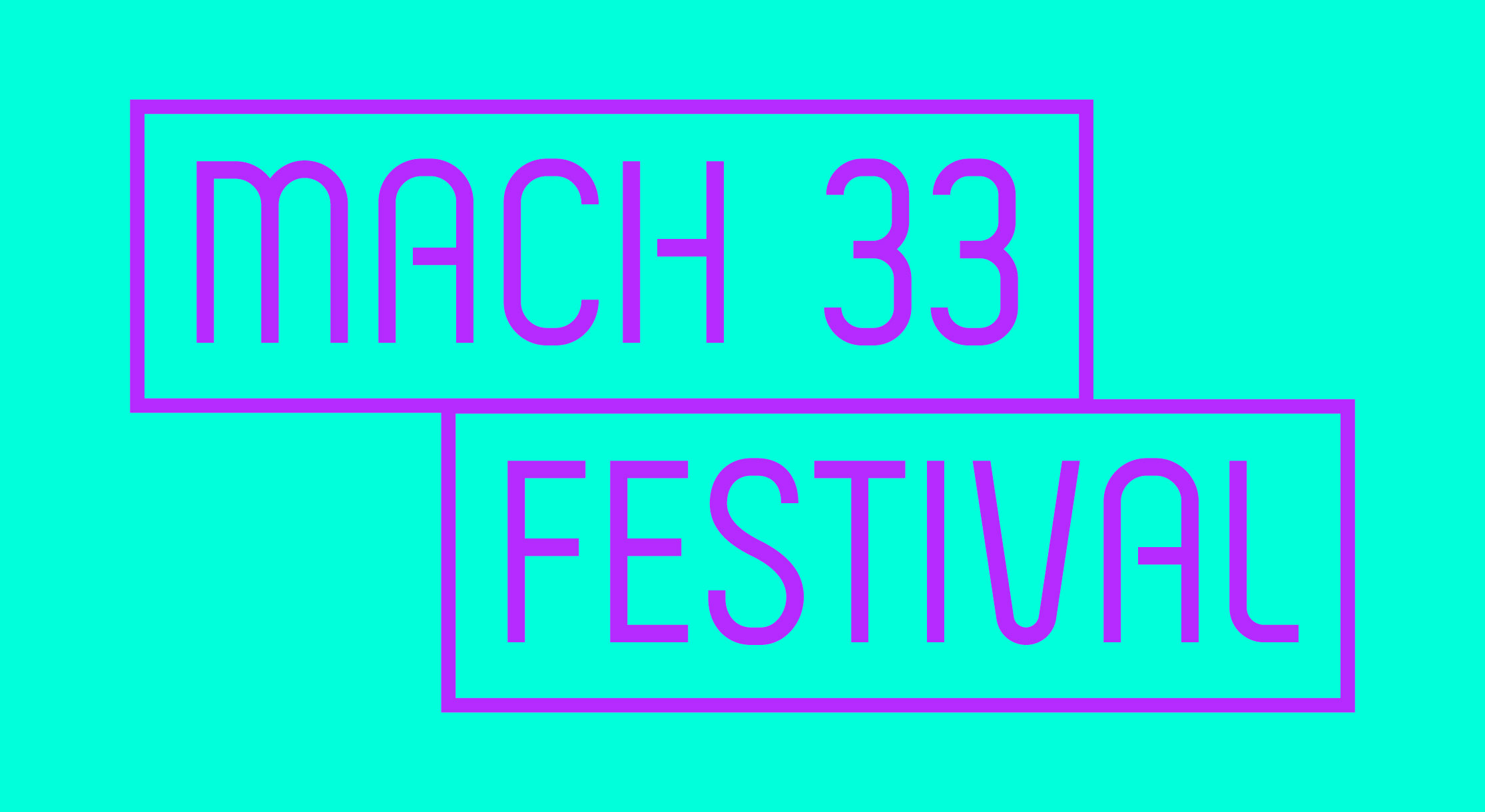 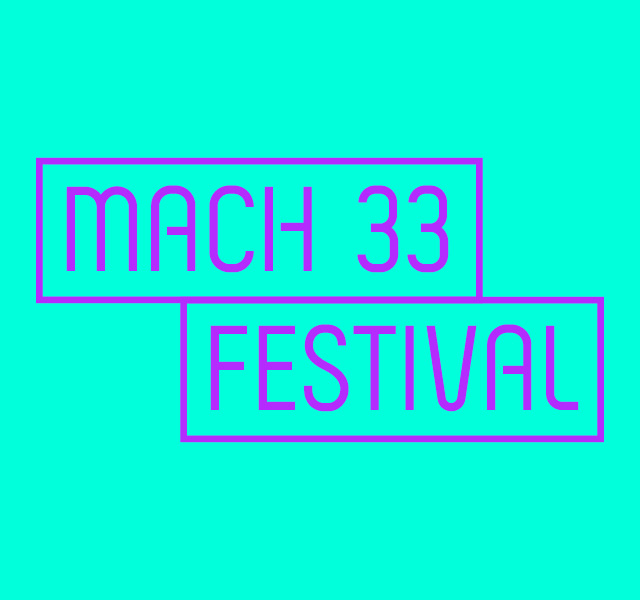 MACH 33: The Caltech│Pasadena Playhouse Festival of New Science-Driven Plays energizes the conversations about scientific, mathematical, and technological questions by staging readings of new, unpublished, unproduced plays. The readings are open to the public and present a discussion with Caltech/JPL scientific panelists after the show. Our casts and crews feature professional actors and directors as well as students and members of the Caltech/JPL community. Festival playwrights have the unique opportunity to work with science advisors from Caltech and JPL.

MACH 33: The Caltech│Pasadena Playhouse Festival of New Science-Driven Plays energizes the conversations about scientific, mathematical, and technological questions by staging readings of new, unpublished, unproduced plays. The readings are open to the public and present a discussion with Caltech/JPL scientific panelists after the show. Our casts and crews feature professional actors and directors as well as students and members of the Caltech/JPL community. Festival playwrights have the unique opportunity to work with science advisors from Caltech and JPL.

Sarah Boyd is an extraordinary human being. Not only did she build her company from scratch using nothing but willpower and fortitude, she also sits on the precipice of truly saving this planet. Because on top of being one of the fastest growing tech companies in history, Tactix, with Sarah at its helm, will usher this planet into the post-plastic era. With her eyes steady on her next round of funding, Sarah must persevere through a late night interview with a particularly tough reporter, a lawsuit aimed at a person from her past, and the waffling of her CTO. It’s a heavy load, and Sarah knows that she is the only one great enough to bear it.

Rachel Bublitz (Playwright) is an award-winning and internationally produced playwright. Rachel has been produced by Z Space in San Francisco (Ripped), Barrington Stage Company (My Body), Good Company Theatre (Ripped), and the Egyptian YouTheatre (Cheerleaders vs. Aliens, The Night Witches, and The Summer I Howled). She’s published with Pioneer Drama Service (Cheerleaders vs. Aliens), and was awarded the June Anne Baker Prize for prominent emerging female playwright in the Bay Area from PlayGround. Burst was a semifinalist for the 2019 Bay Area Playwrights Festival. RachelBublitz.com.

Molly Royce has one goal in life: to honor her father who recently died of Huntington’s disease by carrying on his pioneering work and keeping her promise not to be tested for the genetic disease. Shayna Williams has trained all of her life to become a professional violinist, but a neurological disease threatens her dreams. As Shayna reluctantly agrees to participate in Molly’s research, their unlikely friendship is put to the test when Molly is confronted with the ultimate decision: keep her promise to her father or risk passing on the disease that killed him.

Desireé York (Playwright) is the recipient of the 2015 Kennedy Center Rosa Parks Playwriting Award and is recognized by Dayton Most Metro for Best New Work of 2017-2018 Season. Her work has been developed at multiple theaters including the Detroit Repertory Theatre, Garry Marshall Theatre, Dayton Playhouse, and The Wayward Artist. Her plays have been finalists for the Ashland New Plays Festival and FutureFest and semi-finalists for the O’Neill National Playwrights Conference, among others. Desireé is a member of the PlayGround-LA Writers Group, LAFPI, and Dramatists Guild of America, and she serves as a mentor for WriteGirl. desireeyork.com

Rhonda Kohl (Director) directed Sizzle Sizzle Fly by Susan Bernfield for the 2019 Mach 33 Festival and is happy to be returning this year to work on Desiree York’s Human(E).  Kohl is a Los Angeles-based director who directed and choreographed the West Coast premiere of For the Love Of (or, the roller derby play) that was remounted last Spring at the Kirk Douglas as a part of CTG’s Block Party. Kohl was the SDCF Traube Fellow on the Broadway debut of In Transit (Circle in the Square) with Kathleen Marshall, who she also worked with on Mamma Mia! (Hollywood Bowl), Damn Yankees (Roundabout Theatre Benefit Reading), and Sweet Charity (Reprise 2.0).  Select directing credits: Around the World in 80 Days (Actors Co-op; LA Times Critic’s Choice), Pocket Universe (Hollywood Fringe), Look Back in Anger (LA New Court) The Bachelor Girls (Connolly Theatre, NY and Trinity Laban, London). Assistant Directing: Geffen Playhouse (Barbecue and Long Day’s Journey), Pasadena Playhouse (King Charles III, Pirates of Penzance, Native Gardens, Ragtime and Tiny Beautiful Things) A Noise Within (Picture of Doran Gray and Frankenstein) working with artists such as David Lee, Mark Esposito, Jason Alexander, Colman Domingo, Moritz von Stuelpnagel, Michael Michetti and others. Online: rhondakohl.com Social: @RhondaKohl

The Sunrise from the Moon

The year is 2096, and Annaliese Gardner, a refugee from the defunct Lunar Colony Montgomery, is returned to Earth and housed in the Georgia Aquarium’s jellyfish room. Mina Espinoza, a researcher from NASA, is assigned to Annaliese’s case. If she can extract from Annaliese what caused Montgomery’s failure and simultaneously mold her into something resembling a typical American citizen, Mina is confident she’ll win over the public opinion and reinstate NASA’s prestige. But the intentionally difficult, pointedly bizarre, and deeply traumatized Annaliese is wary.

Hannah Manikowski (Playwright) is a 2019 graduate of the School of Drama at Carnegie Mellon University whose work has been recognized and presented throughout the country. Her play, earth’s most customer-centric company, was the winner of the National 2018-2019 Judith Barlow Prize, advancing from her 2017-2018 success when her play Compensation was named runner-up. She is an alum of The 24 Hour Plays: Nationals on Theatre Row, Horizon Theatre’s Young Playwrights Festival in Atlanta, and the inaugural Tepper Semester Playwriting Program through Syracuse University. Hannah’s work is available to download on the New Play Exchange. The Sunrise from the Moon is being read at the San Francisco Playhouse in February. about.me/hannahmanikowski

Susan Dalian (Director) directed Lie After Lie After Lie for the 2018 Mach 33 Festival, and she recently directed the staged reading of Dionna M. Daniel’s short play A Bag Full of Stars at AMMO Theatre Company. Susan is an alumni of Directors Lab West 2020. Last year she directed Broken by Aaron Braxton (Inkwell Theater), Catch a Fly by Amanda Black (MeetCute), The Narcissist Next Door by Ellen Buckley (Hollywood Fringe Festival). As resident director for Sierra Classic Theatre she directed Macbeth, As You Like It, The Merchant of Venice, The Two Gentlemen of Verona, A Midsummer Night’s Dream, and a staged reading of Rapture, Blister, Burn. She also directed The Importance of Being Earnest and Art Dog at Mammoth Lakes Repertory Theatre. Some of her regional theater acting credits include plays at South Coast Repertory (with Tracy Letts and Lynn Nottage), American Conservatory Theater, Berkeley Repertory Theatre, CA Shakespeare Festival, Shakespeare Santa Cruz as well as with The Actors’ Gang, and Los Angeles Women’s Shakespeare Company. She has appeared in several feature films, short films, and television shows and is the voice of “Haku” in the anime series Naruto. Susan holds a BFA from Boston University and is a proud graduate of Baltimore School for the Arts. susandalian.com

Since 2013, MACH 33 has helped develop exciting new science plays such as Two Degrees by Tira Palmquist, The Surest Poison by Kristin Idaszak, Tesla by Dan Duling, Theory of Nothing by Lolly Ward, Sizzle Sizzle Fly by Susan Bernfield, Out of Orbit by Jennifer Maisel, They Promised Her the Moon by Laurel Ollstein, and The Chisera by Paula Cizmar. Since 2007, Caltech Theater has helped develop new plays such as Mate: The Untouchable Bobby Fischer by Lolly Ward, God Particle Complex by Chris Bell and Josh Zeller, and the trilogy of plays by George Morgan Rocket Girl, Pasadena Babalon, and Capture the Sun.

In 2018, MACH 33 began a new collaboration with the Pasadena Playhouse and launched a new national call for plays.