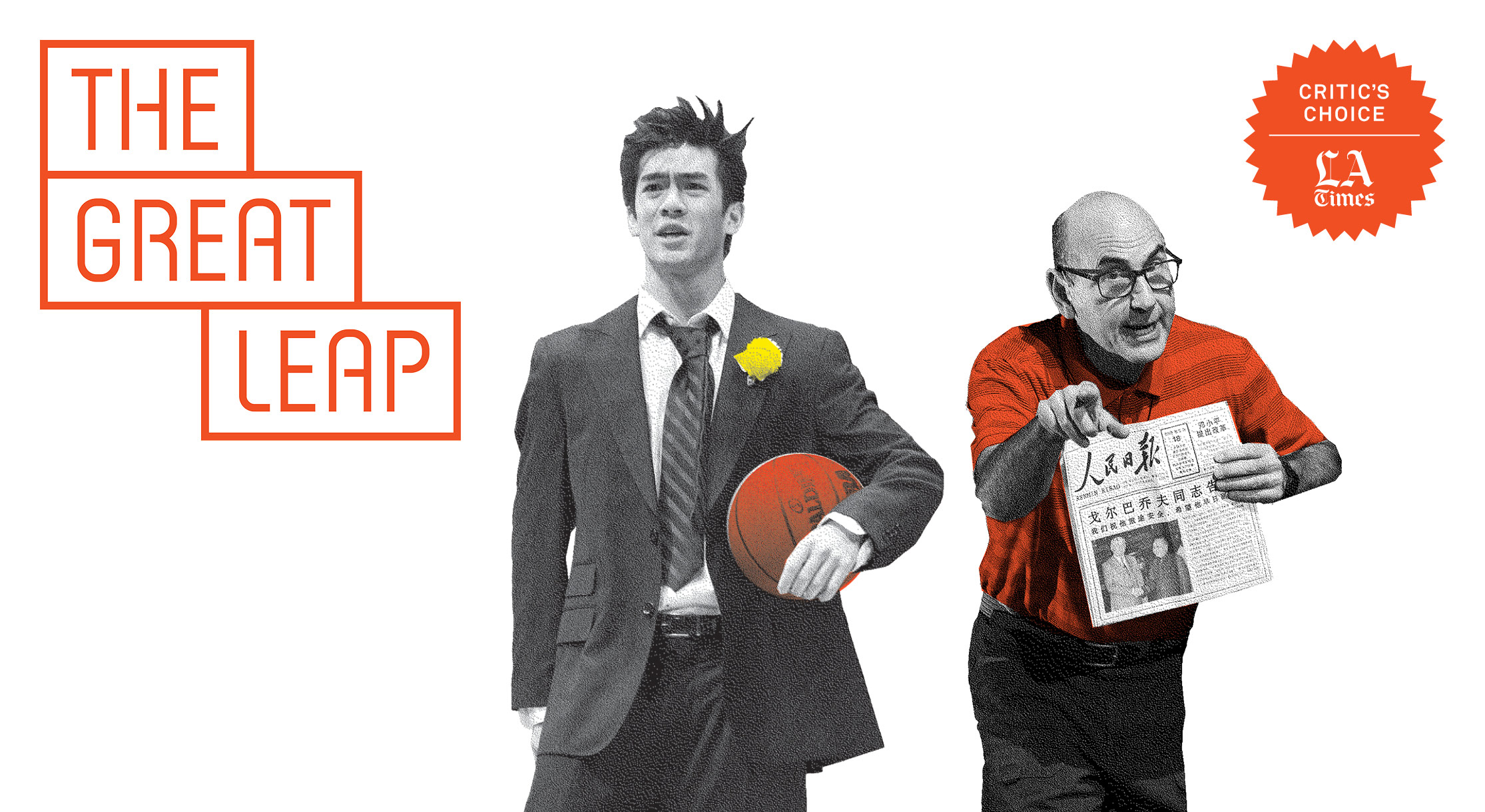 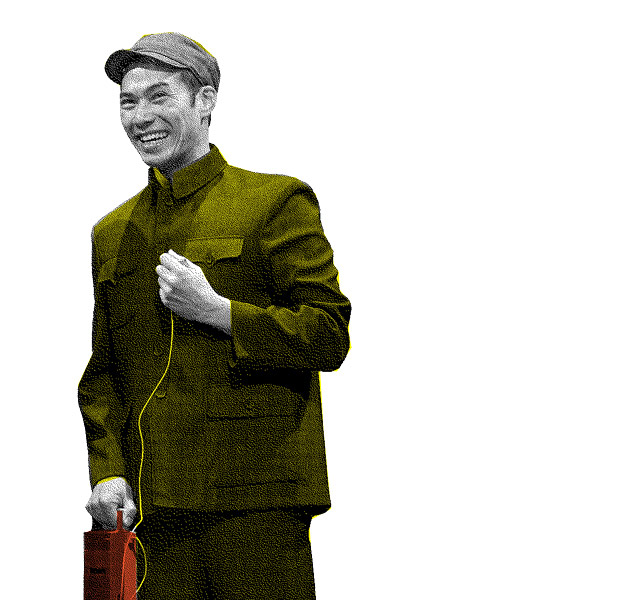 November 6 — December 1
Urgent, sharp-witted and fast-paced, The Great Leap is an unforgettable night of theater. As two men from different cultures reunite and find themselves at a crossroads – one man struggling to keep his career alive and an old friend flourishing in a career he never wanted – a young Chinese-American gets lost in the Tiananmen Square Protest and finds himself at the accidental center of international attention.  All three men must face their past and struggle to find their own personal victories in this compelling drama directed by Tony Award winner BD Wong.

a Co-Production with East West Players

2 hours including one 15-minute intermission

email
Urgent, sharp-witted and fast-paced, The Great Leap is an unforgettable night of theater. As two men from different cultures reunite and find themselves at a crossroads – one man struggling to keep his career alive and an old friend flourishing in a career he never wanted – a young Chinese-American gets lost in the Tiananmen Square Protest and finds himself at the accidental center of international attention.  All three men must face their past and struggle to find their own personal victories in this compelling drama directed by Tony Award winner BD Wong. 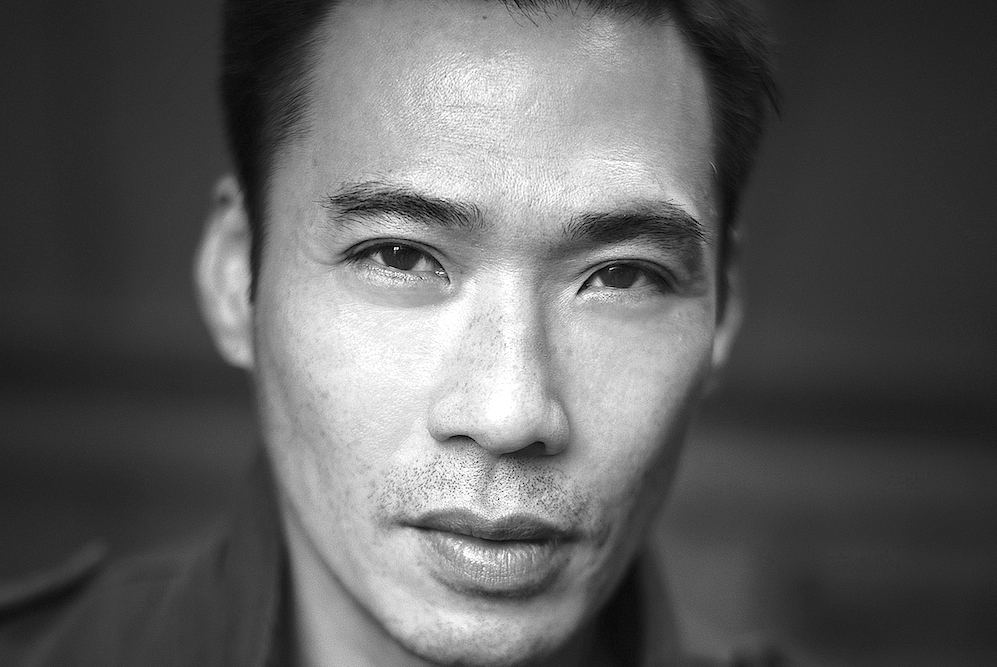 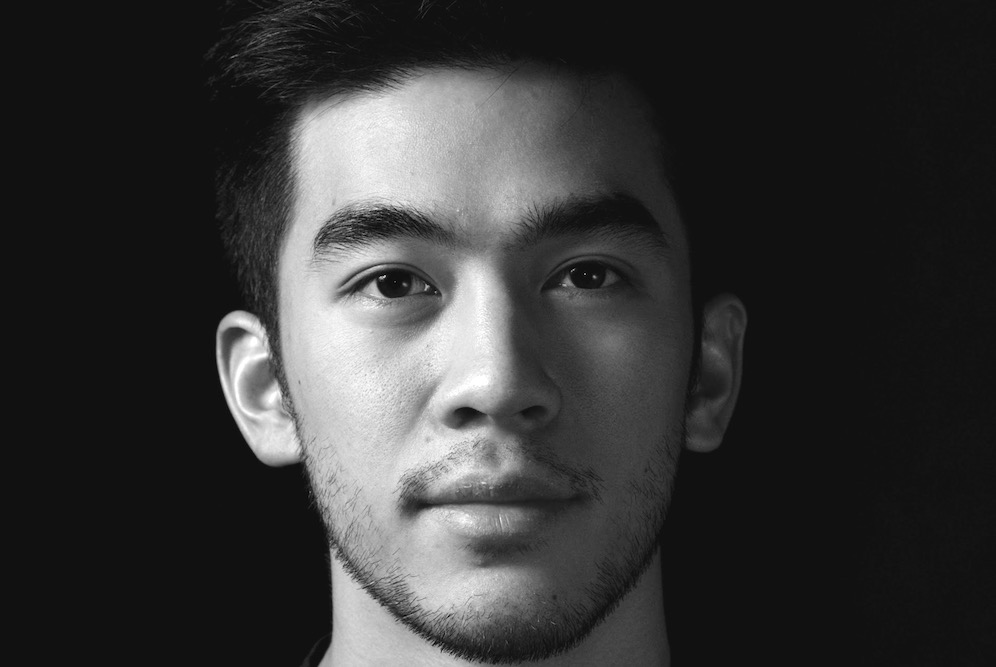 Chien is originally from Taiwan and has a BFA in Acting from USC. He recently appeared in Valley of the Heart at the Mark Taper Forum. Chien is a co-founder of Rogue Shore Pictures where he has written, directed, and acted in various award-winning short films including Tiger of the White Sun, Reverallium, and Continuum, which won Outstanding Short Film at the 2019 Chinese American Film Festival. Shoutout to Mom, Dad, Darren, Fred, and Christen. I love you guys… but not as much as I love uni… and ramen… and McConnell’s ice cream. Mamba Mentality. Ball is Life. | justin-chien.com 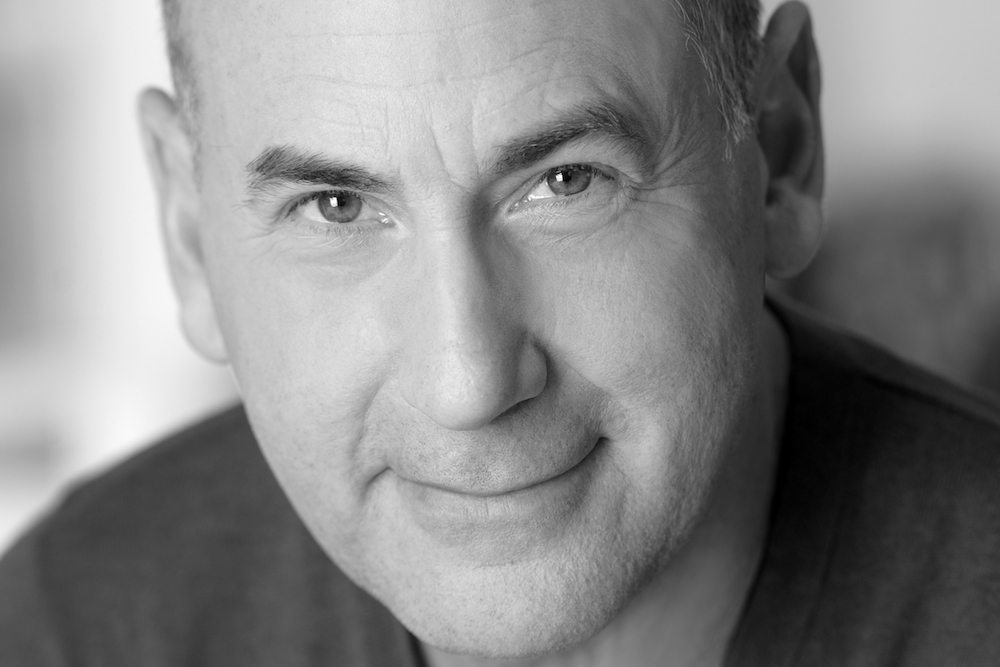 Most recently Eckhouse starred on Broadway opposite Bryan Cranston in the Tony Award-winning drama All the Way and as “Don Knotts” in the HBO series High and Mighty. This fall he appears opposite Rita Wilson in Simple Wedding and in Pencil Town. Eckhouse directed last season’s highly acclaimed comedy, American Hero, a co-production with IAMA Theatre in the Carrie Hamilton. Other theater credits include: Red Line (IAMA), The Escort (Geffen Playhouse), The Goat (Mark Taper), Mother Courage (La Jolla), Six Degrees of Separation (Old Globe), and The Downside (Pasadena Playhouse). Eckhouse has appeared in dozens of TV shows and films; he is perhaps most well-known to TV audiences playing ‘Jim Walsh’ on the original Beverly Hills 90210. He has a BFA in drama from the Juilliard School. 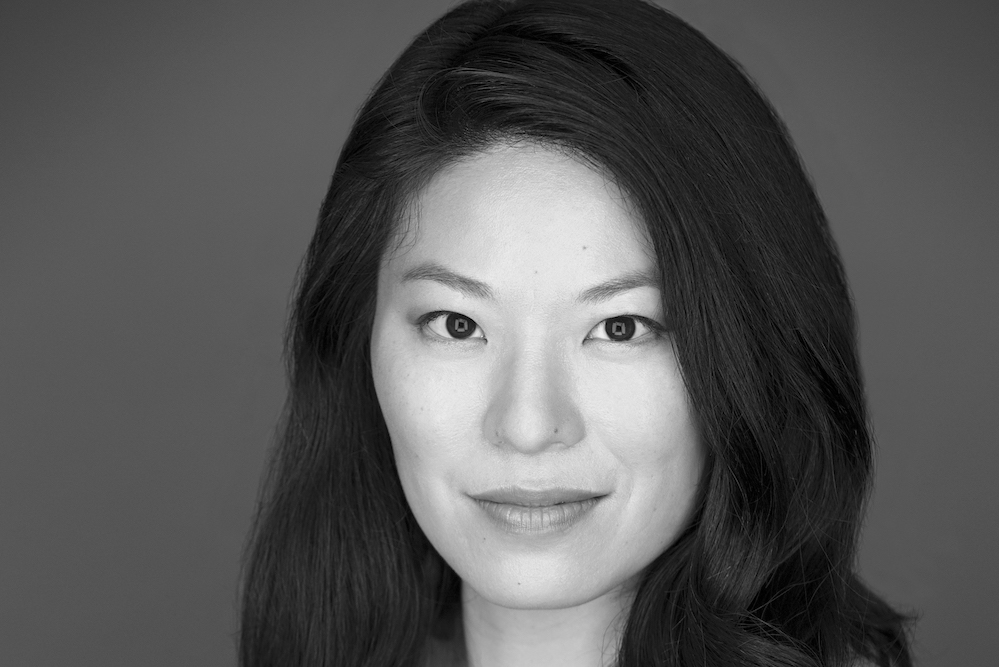 Established in 1965, East West Players is the nation’s leading Asian American theater company and the nation’s longest running theater of color for our award-winning productions that blend Eastern and Western customs and traditions. In over 50 years of history, East West Players has since premiered more than 228 plays and musicals, along with over 1,000 diverse readings and workshops for actors, writers, and directors. Our company continues to build platforms for artists of color while advocating for multi-faceted representations of the Asian Pacific American experience in the performing arts. 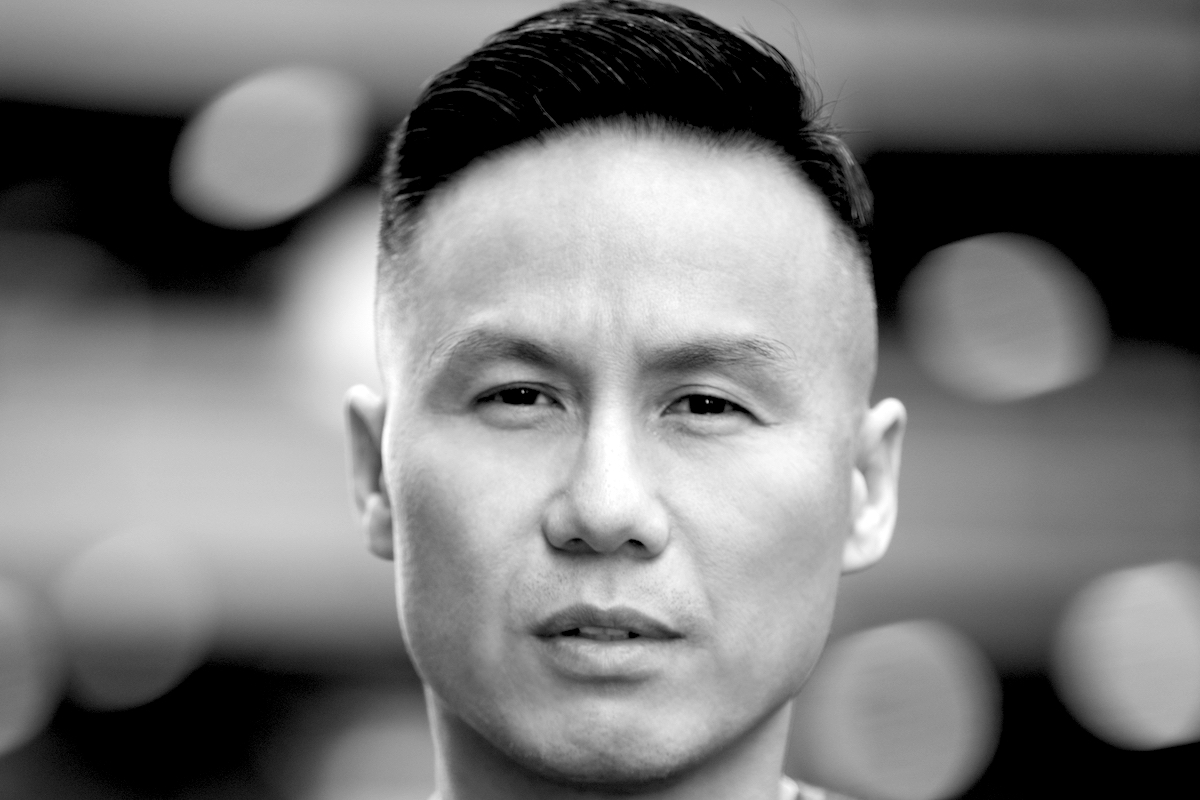 LA Native Fran de Leon is Co-Artistic Director of Will & Company, an ensemble member of Critical Mass Performance Group, and a guest director at the Garry Marshall Theater. Her one person show, Faces of America, has been performed in 49 states, including performances for the United Nations Associations, California and New York. Fran has worked with Center Theater Group, South Coast Rep, Playmakers’ Rep, Cornerstone Theater, East West Players, Artists at Play, and Playwrights’ Arena. Writer/Director credits include commissioned work for Segerstrom Center’s Arts Teach, TreePeople, and Twelfth Night Rep. Latest TV credits include Criminal Minds, Speechless, and a recurring role in For The People. Recently, Fran performed in an immersive, devised theater piece in a co-production for Cornerstone Theater and CMPG. Currently, she is in development for a new play about Filipino-American WWII veterans to be presented by Center Theater Group’s Community Readings next year.

Bonebrake is excited to be making her Pasadena Playhouse debut. A Los Angeles based Lighting Designer, Bonebrake’s recent credits include Hannah and the Dread Gazebo (The Fountain Theatre in association with East West Players), Man of God (East West Players), and Death and Cockroaches (Chalk Repertory Theatre). Bonebrake is a member of the Artistic Circle at Chalk Rep and holds an MFA in Lighting Design from UC San Diego. Beyond her theater work Bonebrake is an architectural lighting designer, primarily working on themed entertainment projects. | rebeccabonebrake.com

Cheng is a San Francisco native and a graduate of California State University, Long Beach, with a B.A. in Technical Theater. He is excited to help bring The Great Leap to its Los Angeles premiere. Other premiere credits include Man of God with East West Players, and The Chinese Lady with Artists at Play. Selected credits include Mamma Mia! (East West Players), Allegiance (Japanese American Cultural & Community Center/EWP), Vampire Lesbians of Sodom (Door Ajar Theatre), 2012 – The Musical (San Francisco Mime Troupe), and Conf(USED) (Youth for Asian Theater). Cheng wants to thank his family and friends for all of their love and support. Enjoy the show!

Runge is a graduate of the University of Wisconsin – La Crosse with a B.S. in Stage Management and is excited to be working with Pasadena Playhouse for the first time. She most recently worked as a stage manager with the educational theater program at Kaiser Permanente. Past credits include: Mamma Mia!, Man of God, As We Babble On, Allegiance: LA Premiere (EWP); Two Mile Hollow (Artists at Play); Company, and One Man, Two Guvnors (UWL). Member of Actors’ Equity Association.

About East West Players
Established in 1965, East West Players is the nation’s leading Asian American theatre company for our award-winning productions that blend Eastern and Western movements and culture. In over 50 years of history, East West Players has since premiered more than 228 plays and musicals, along with over 1,000 diverse readings and workshops for actors, writers, and directors. By building bridges between East and West, we have cultivated a loyal audience of over 70% people of color. Our company continues to build platforms for artists of color while advocating for multi-faceted representations of the Asian Pacific American experience in the performing arts.

TALKBACK WITH THE CAST HOSTED BY CAPE | TUESDAY, Nov 19

Join us for a talkback with the cast of The Great Leap and get an inside-look at the casts’ process preparing for this production and take a deep-dive in discussing representation of Asian American Pacific Islander artists in Arts and Entertainment. Hosted by CAPE (Coalition for Asian Pacifics in Entertainment).

From the great leap to tiananmen square | TUESDAY, Nov 26

Join us for a talkback with professor Sean Metzger on a deep-dive into the events surrounding the play, The Great Leap. This talkback will cover the events of China’s Great Leap to the unrest at Tiananmen Square and the cultural significance.

Sean Metzger is Professor in the UCLA School of Theatre, Film, and Television and the president of Performance Studies international. He has published Chinese Looks: Fashion, Performance Race (2014) and The Chinese Atlantic: Seascapes and the Theatricality of Globalization (forthcoming in May, 2020), he is also the coeditor of Theatre Journal. He has coedited 5 collections of essays and a volume of plays and authored more than 50 articles and reviews.

The Open Captioned performance of The Great Leap will be on Sunday, Nov 24 at 2:00 PM. 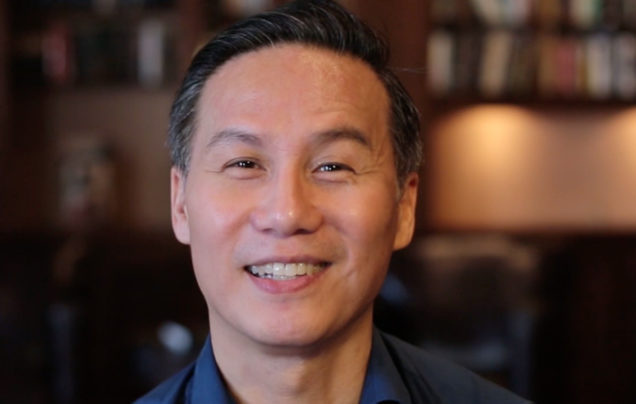 WATCH: An Interview with BD Wong 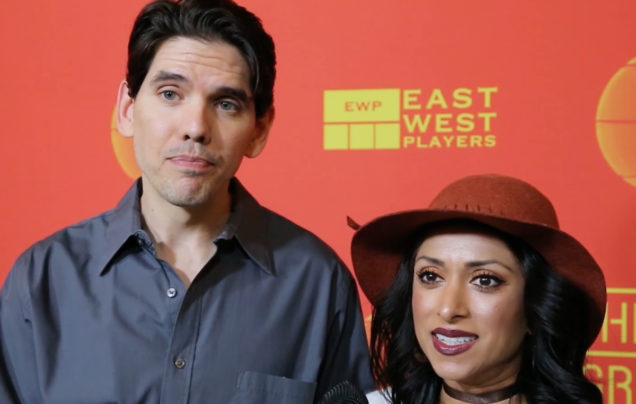 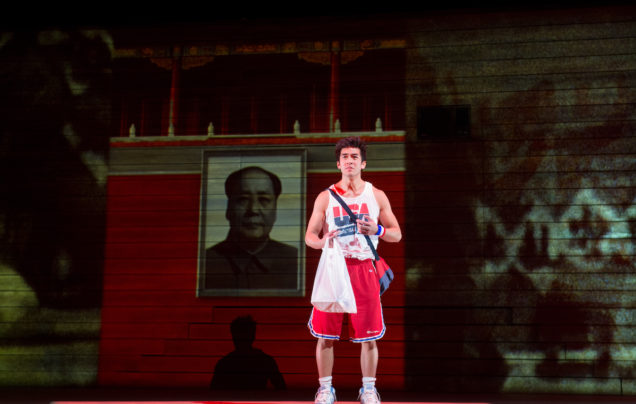 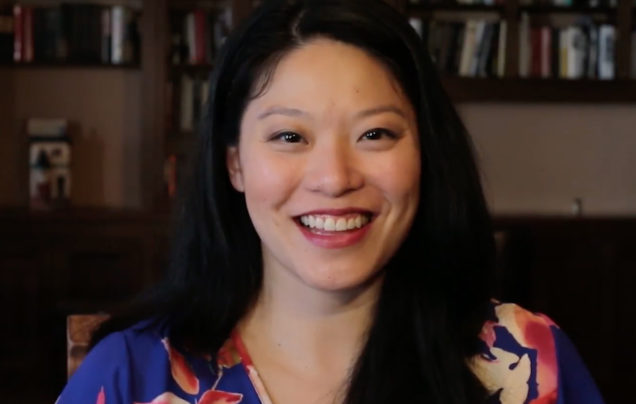