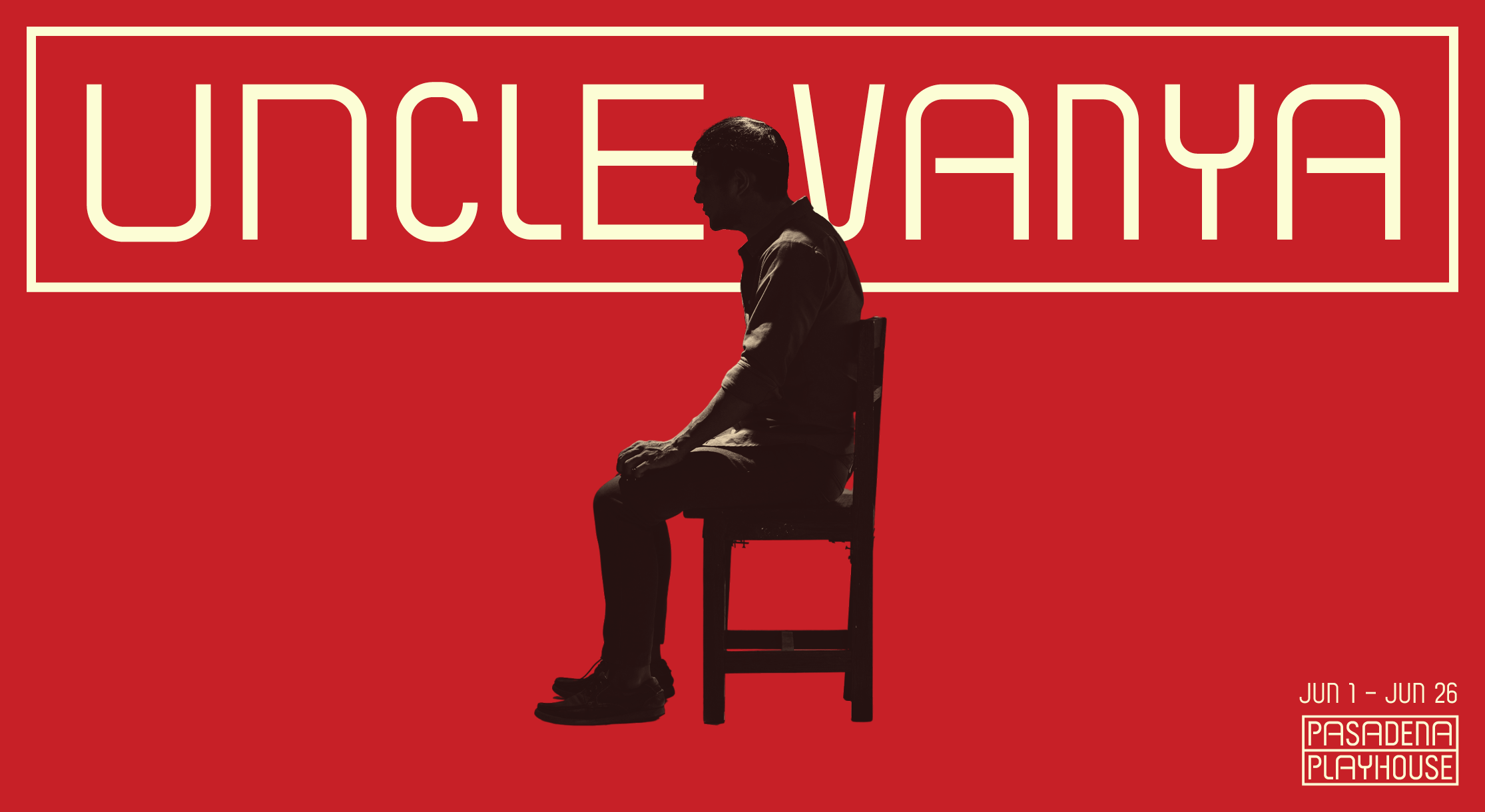 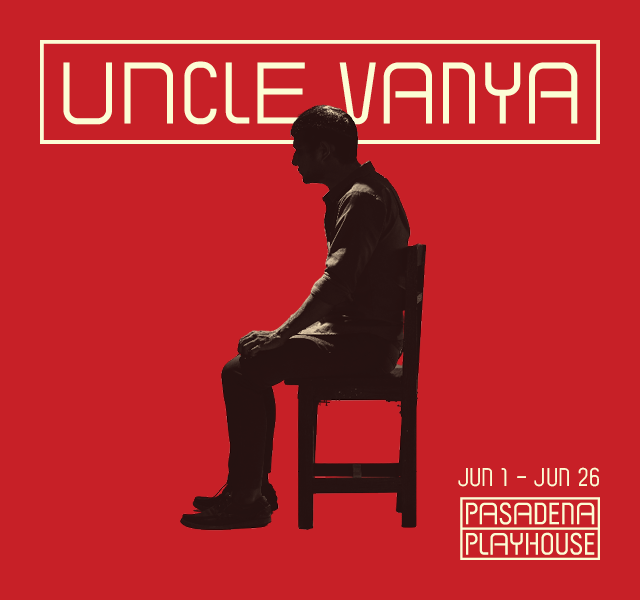 An exhilarating revival pairing one of the greatest plays ever written with the world’s most celebrated translators of Russian literature.  After years of caring for their family’s crumbling estate, Vanya and his niece receive an unexpected visit from his brother-in-law and his alluring wife. When hidden passions and tumultuous frustrations come to a boil in the heat of the Russian summer, their lives threaten to come undone. Comic, cutting, and true to life, this translation of Uncle Vanya provides an up-close, conversational-style encounter with a classic drama that every theater-lover must see.

“It’s clearer, truer, and more comprehensible than it’s ever been before.”

An exhilarating revival pairing one of the greatest plays ever written with the world’s most celebrated translators of Russian literature.  After years of caring for their family’s crumbling estate, Vanya and his niece receive an unexpected visit from his brother-in-law and his alluring wife. When hidden passions and tumultuous frustrations come to a boil in the heat of the Russian summer, their lives threaten to come undone. Comic, cutting, and true to life, this translation of Uncle Vanya provides an up-close, conversational-style encounter with a classic drama that every theater-lover must see.

“It’s clearer, truer, and more comprehensible than it’s ever been before.” 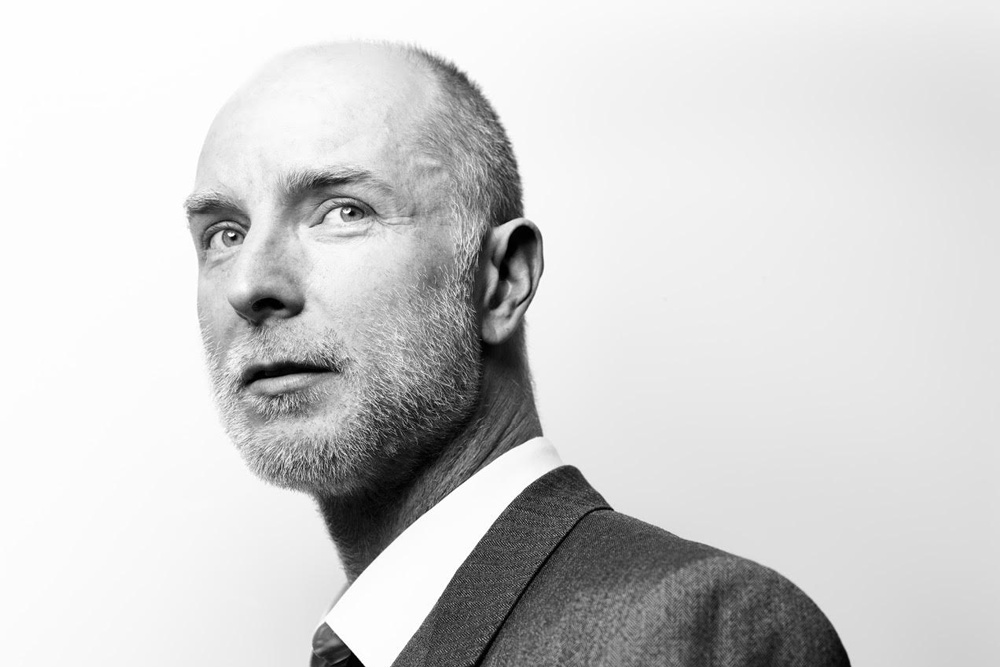 Hugo Armstrong was seen most recently at the Geffen Playhouse in Power of Sail and has been a part of productions at CTG, Sacred Fools, Theatre of Note, Kennedy Center, LATW, The Echo, RedCat, Walt Disney Concert Hall, Boston Court, and South Coast Rep. Television includes the upcoming Bosch: Legacy, Cinema Toast, Blacklist, Room 104, For the People, Into the Dark, Fear The Walking Dead, and NCIS. Movies include Lucky, Coherence, Roman J. Israel, Esq., Daniel Martinico’s OK, Good and Excursions, Love in the Time of Monsters, Drib, No Man of God, The Only One, as well as the upcoming features Dark Cloud, Mr. Limbo, and Rachel by Victor Nunez. Thanks and love to Lauren and Tom of MTA, and the indomitably rad Melissa Jones. 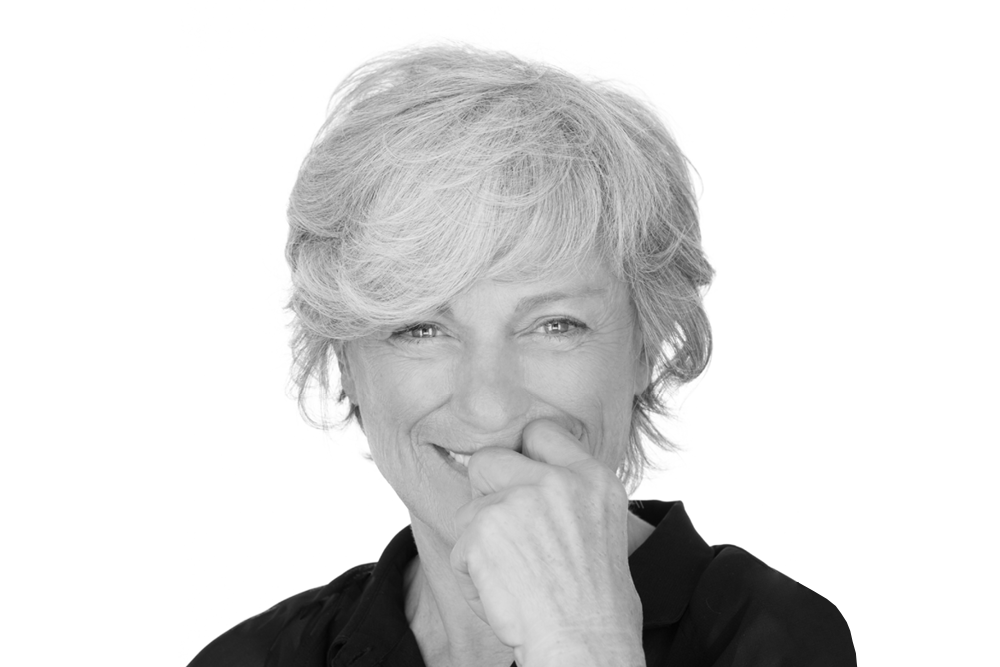 Anne Gee Byrd has performed locally at The Mark Taper Forum, Kirk Douglas, Geffen, Pasadena Playhouse, La Mirada, and the Ensemble in Santa Barbara as well as across the country including ACT in San Francisco, The American Shakespeare Festival in Connecticut, The Cincinnati Playhouse in the Park, The Great Lakes Theater Festival, Indiana Repertory, The La Jolla Playhouse, The McCarter Theatre, The Old Globe in San Diego, Seattle Repertory, and South Coast Repertory. She is a staunch member of the Antaeus Theatre Company. She has received four Drama Critics Circle Awards and numerous Ovation nominations. Her recent television credits include 911, CSI Los Angeles, How to Get Away with Murder, The Colony, Shameless, Murder in the First, and Rake. 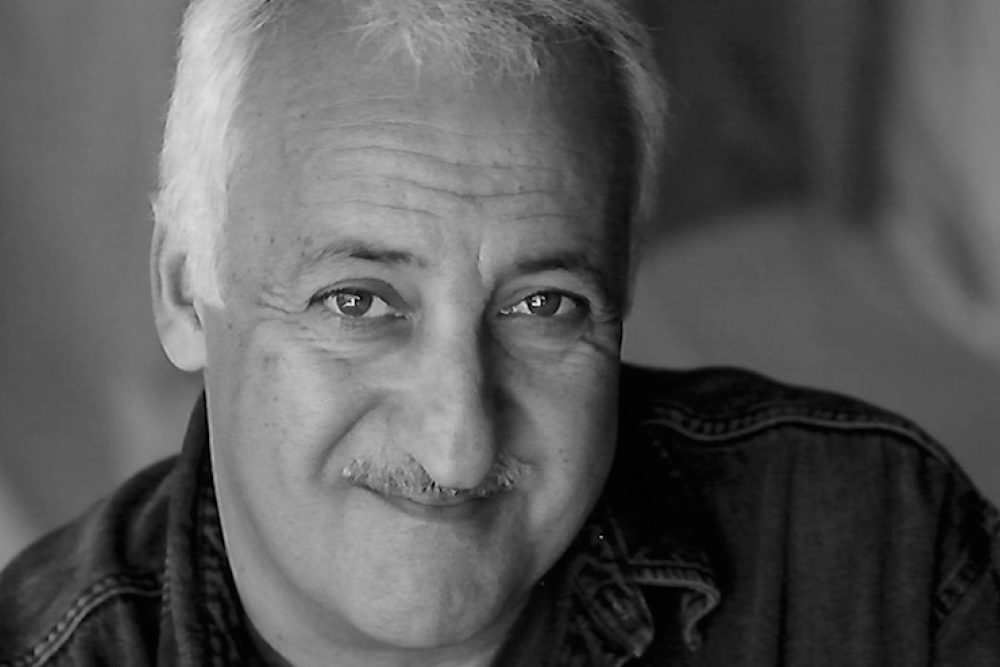 Brian George began his professional acting in Canada, where he co-founded the Bear Theater Company with friends from the University of Toronto. Not long after, he joined the cast of Second City. He has performed in countless television sit-coms and dramas, including; Seinfeld, various of the Star Trek films, Grey’s Anatomy, Secret Life of the American Teen, The Big Bang Theory, The Resident, and the series, I Feel Bad. On stage he has appeared in Charles Mee’s A Perfect Wedding (Kirk Douglas Theater); David Hare’s Stuff Happens (Mark Taper Forum); Vicuña (Kirk Douglas and Mosaic Theater, Washington DC); Yes, Prime Minister and Witch (Geffen Theater) – the latter winning the LA Drama Critics Circle Award in multiple categories, including Best Ensemble. 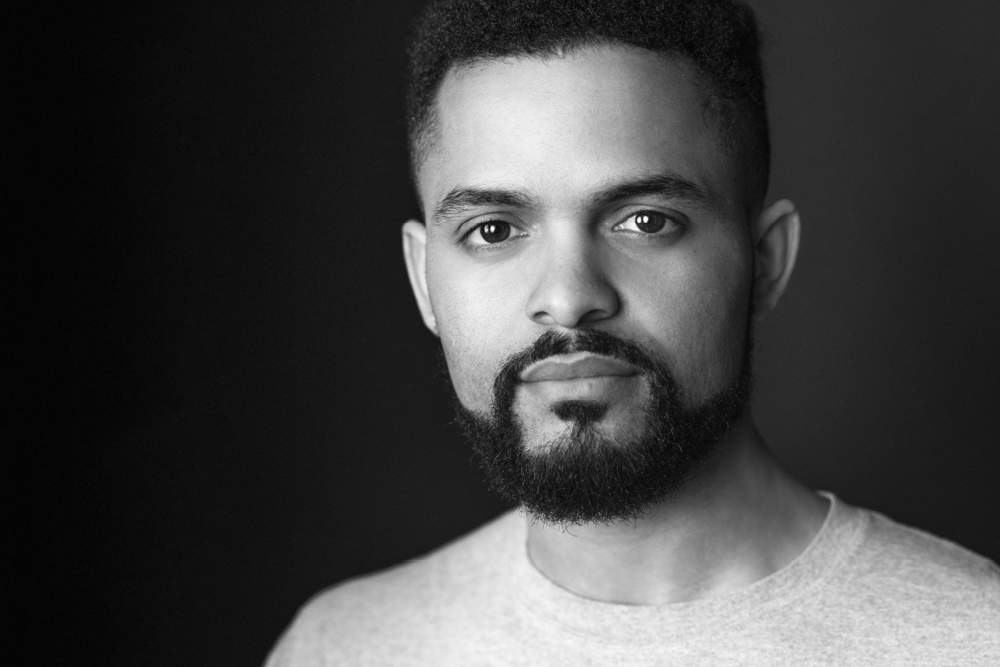 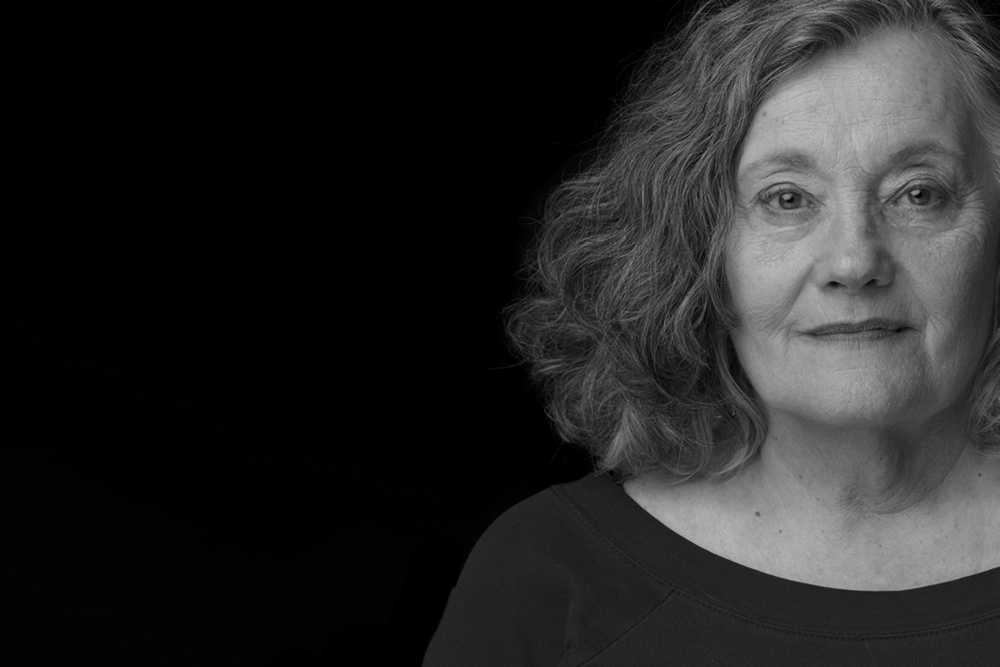 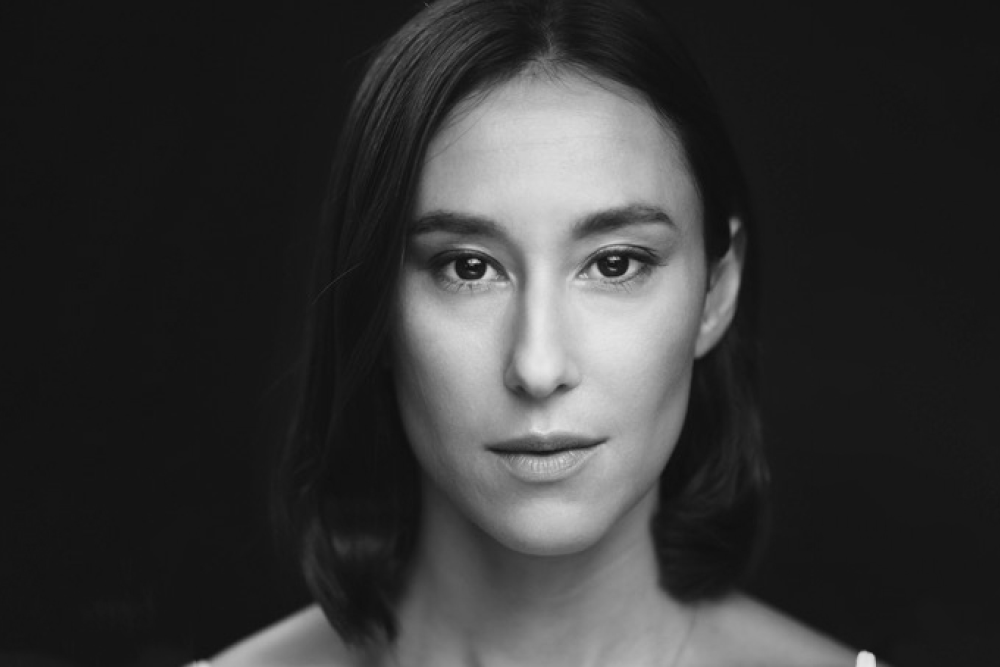 Chelsea Yakura-Kurtz is delighted to be making her Pasadena Playhouse debut. Favorite theater credits include Kat in the World Premiere of the Steinberg-ATCA award-winning How The Light Gets In at Boston Court, Alais in The Lion in Winter at Laguna Playhouse and Juliet in Romeo and Juliet at Arizona Theatre Company. She is a proud member of Antaeus Theater Company, where she was last seen as Vera in Patrick Marber’s Three Days in the Country, an adaptation of Turgenev. TV credits include guest starring roles on The Resident, The Flash, Station 19, Magnum PI, Longmire and Scandal. Special thanks to her number one cheerleader – her mom – Kris Yakura, and her love Colin Bates for all their support. 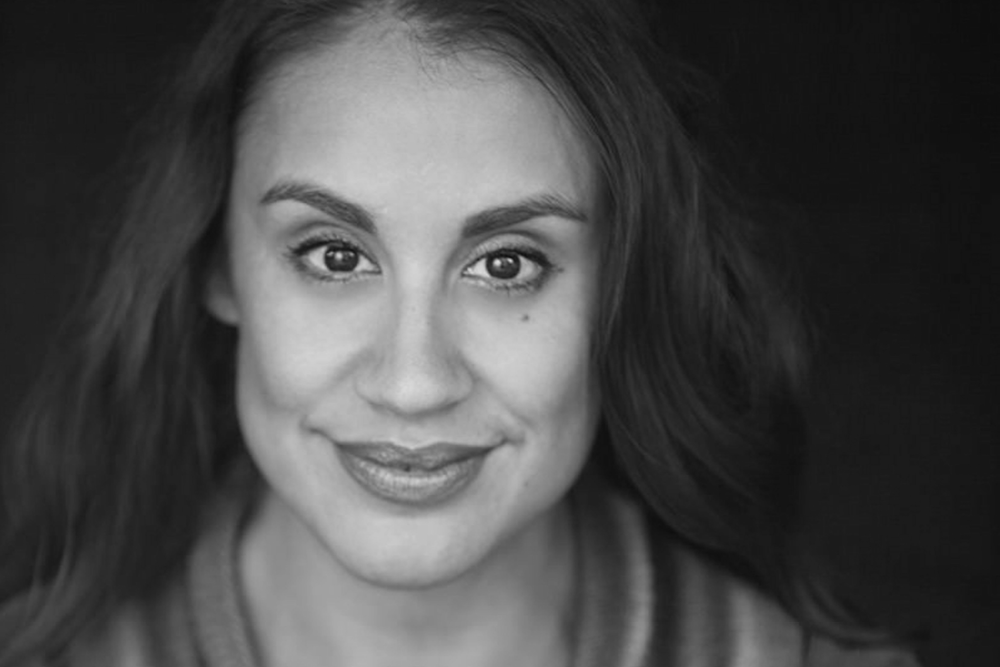 Widely considered one of the world’s greatest writers, Anton Chekhov was born on January 29, 1860, in Taganrog, Russia. In 1879 he entered the University of Moscow to study medicine and graduated in 1884. He kept a strict writing schedule and continued to practice medicine for the rest of his life. In addition to his numerous short stories, many considered masterpieces of the form, Chekhov wrote over a dozen plays, among them the classics of Western dramatic literature Uncle Vanya, The Cherry Orchard, The Three Sisters, and The Seagull.

Mr. Nelson’s plays include The Gabriels (Hungry, What Did You Expect?, and Women of a Certain Age) and The Apple Family plays (That Hopey Changey Thing, Sweet and Sad, Sorry, and Regular Singing), which were produced at The Public Theater in New York, toured internationally, and filmed for public television. His other plays include Illyria, Oblivion, Nikolai and the Others, Farewell to the Theatre, Conversations in Tusculum, Frank’s Home, How Shakespeare Won the West, Rodney’s Wife, Franny’s Way, Madame Melville, Goodnight Children Everywhere (Olivier Award for Play of the Year), The General from America, New England, Two Shakespearean Actors (Tony Award nomination for Best Play), Some Americans Abroad (Olivier nomination for Comedy of the Year), and others. His musicals include James Joyce’s The Dead with Shaun Davey (Tony Award for Best Book of a Musical) and My Life with Albertine and Private Confessions, both with Ricky Ian Gordon. His films include Hyde Park on Hudson (Focus Features), Ethan Frome (Miramax), and Sensibility and Sense (“American Playhouse”). With Larissa Volokhonsky and Richard Pevear, he has co- translated Ivan Turgenev’s A Month in the Country, Nikolai Gogol’s The Inspector, Mikhail Bulgakov’s Molière and Don Quixote, and Anton Chekhov’s The Seagull and The Cherry Orchard (all published by Theatre Communications Group). He is an honorary associate artist of the Royal Shakespeare Company and a recipient of the Arts and Letters Award in Literature from the American Academy of Arts and Letters and the PEN/Laura Pels “Master Playwright” Award.

Mr. Pevear was born in Boston, grew up on Long Island, and attended Allegheny College (B.A., 1964) and University of Virginia (M.A., 1965). After a stint as a college teacher, he moved to the Maine coast and eventually to New York City, where he worked as a freelance writer, editor, and translator, as well as a cabinetmaker. He has published two collections of poetry, many essays and reviews, and 38 books translated from French, Italian, and Russian. Ms. Volokhonsky was born in Leningrad, attended Leningrad State University, and upon graduating joined a scientific team whose work took her to the east of Russia, to Kamchatka and Sakhalin Island. She immigrated to Israel in 1973 and to the United States in 1975, where she attended Yale Divinity School and St. Vladimir’s Orthodox Theological Seminary. Soon after settling in New York City, she was married to Mr. Pevear, and a few years later they moved to France with their two children. Together they have translated 30 books from Russian, including works by Leo Tolstoy, Mikhail Bulgakov, Nikolai Gogol, Anton Chekhov, Fyodor Dostoevsky, and Boris Pasternak. Their translation of Dostoevsky’s The Brothers Karamazov received the 1991 PEN/Laura Pels Translation Award, and their translation of Tolstoy’s Anna Karenina was awarded the same prize in 2002. In 2006 they were awarded the first Efim Etkind International Translation Prize by the European Graduate School of St. Petersburg. 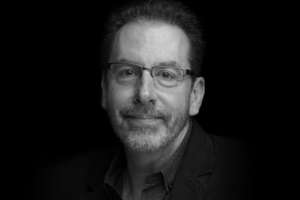 Michael Michetti (Director) is happy to return to the Pasadena Playhouse, having previously directed King Charles III and A Life in the Theatre starring Hal Holbrook. He was formerly a founding Co-Artistic Director of Boston Court Pasadena where his directing credits include: The Judas Kiss, A Streetcar Named Desire, Stupid F**king Bird, Paradise Lost: Shadows & amp; Wings, and The Twentieth-Century Way, which was also produced off-Broadway at Rattlestick Playwright’s Theatre. Elsewhere he has directed the world premiere of Robert Schenkkan’s Building the Wall at the Fountain Theatre; District Merchants at South Coast Rep; Frankenstein, his own adaptation of A Picture of Dorian Gray, Figaro, and The Grapes of Wrath at A Noise Within; Kiss Me, Kate, Carousel, and Man of La Mancha at Reprise. He is the recipient of two Ovation Awards, and five L.A. Drama Critics Circle Awards for his direction as well as a special LADCC Award for Distinguished Achievement in Direction.

At this time, the following safety plan is in place at the theater:

– Guests who need a reasonable accommodation due to medical reasons or a sincerely held religious belief must provide proof of a negative COVID-19 PCR test taken within 72 hours prior to entering the theater or an antigen test performed by a medical provider taken no more than 24 hours prior to attending the performance along with government or education issued Photo ID. All tests must be administered by a medical professional. At-home tests will not be accepted.

The Open Captioned performance of Uncle Vanya will be on Sunday, June 12 at 2:00 PM.

To purchase tickets, select a date from the calendar above.