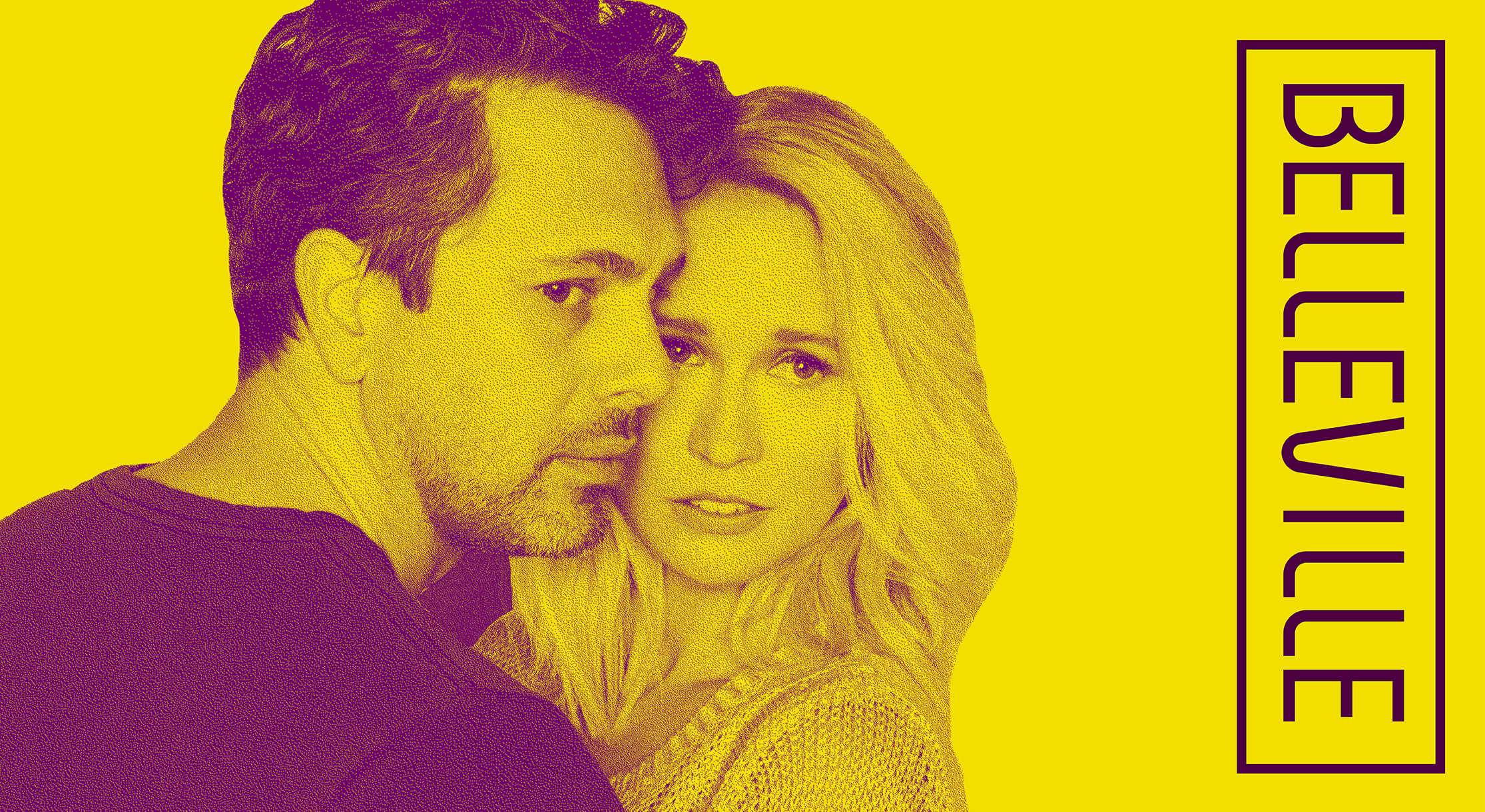 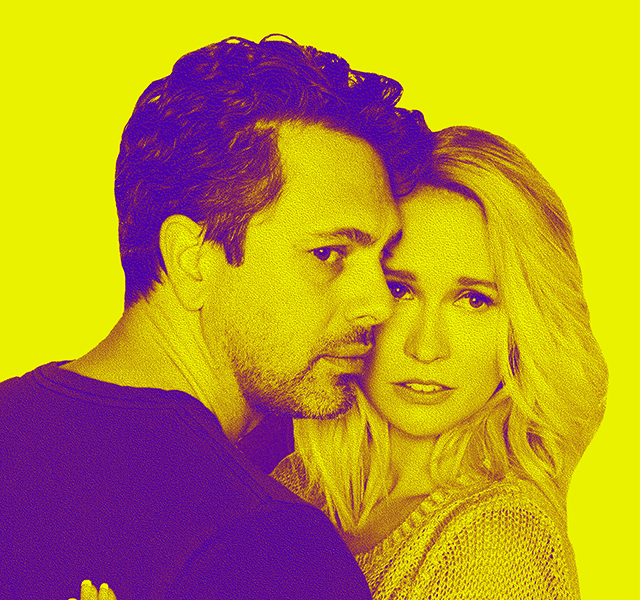 April 18 — May 13
Zack and Abby are American newlyweds who have settled into an idyllic life in Belleville, a Bohemian neighborhood of Paris. But when Abby finds Zack home from work unexpectedly, their picture perfect marriage begins to show cracks, putting their relationship to the test. Join stage and screen stars Anna Camp (Pitch Perfect, True Blood) and Thomas Sadoski (Life in Pieces, The Newsroom) for a captivating evening of intrigue and suspense as an ordinary night unravels into modern day thriller in this new Hitchcock-style drama.

Zack and Abby are American newlyweds who have settled into an idyllic life in Belleville, a Bohemian neighborhood of Paris. But when Abby finds Zack home from work unexpectedly, their picture perfect marriage begins to show cracks, putting their relationship to the test. Join stage and screen stars Anna Camp (Pitch Perfect, True Blood) and Thomas Sadoski (Life in Pieces, The Newsroom) for a captivating evening of intrigue and suspense as an ordinary night unravels into modern day thriller in this new Hitchcock-style drama. 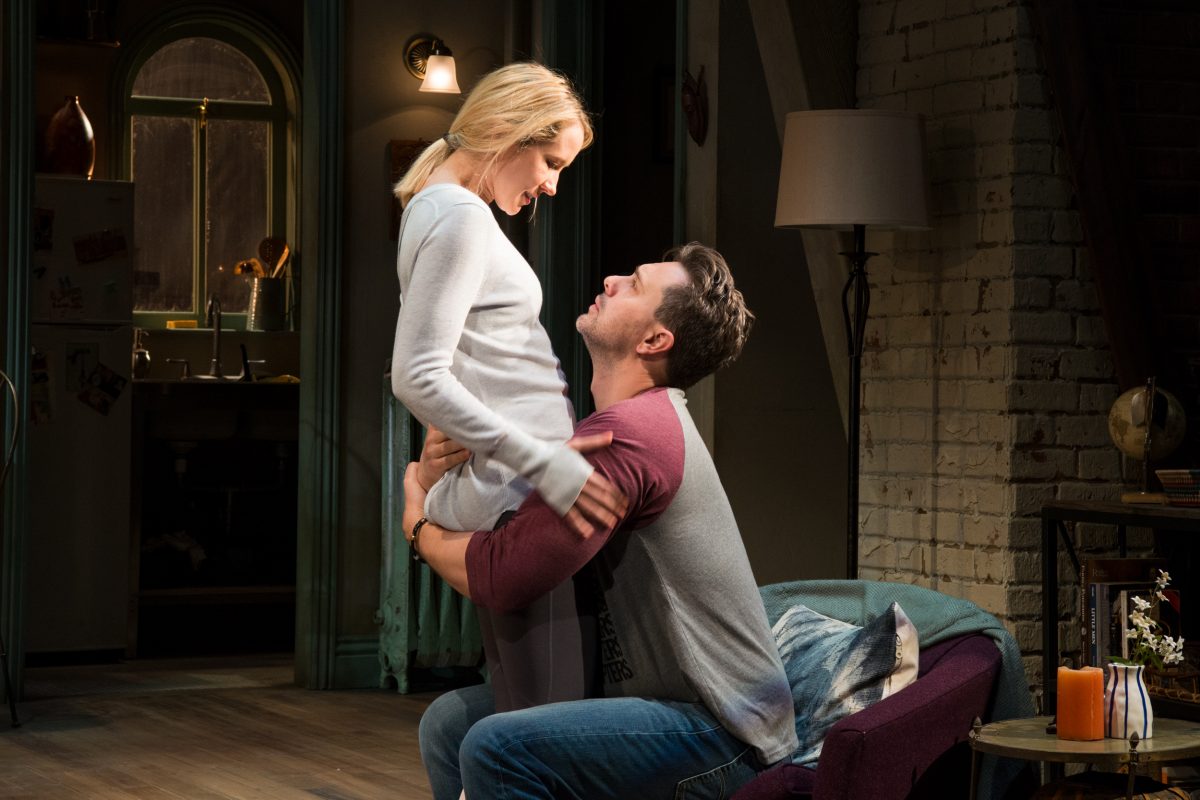 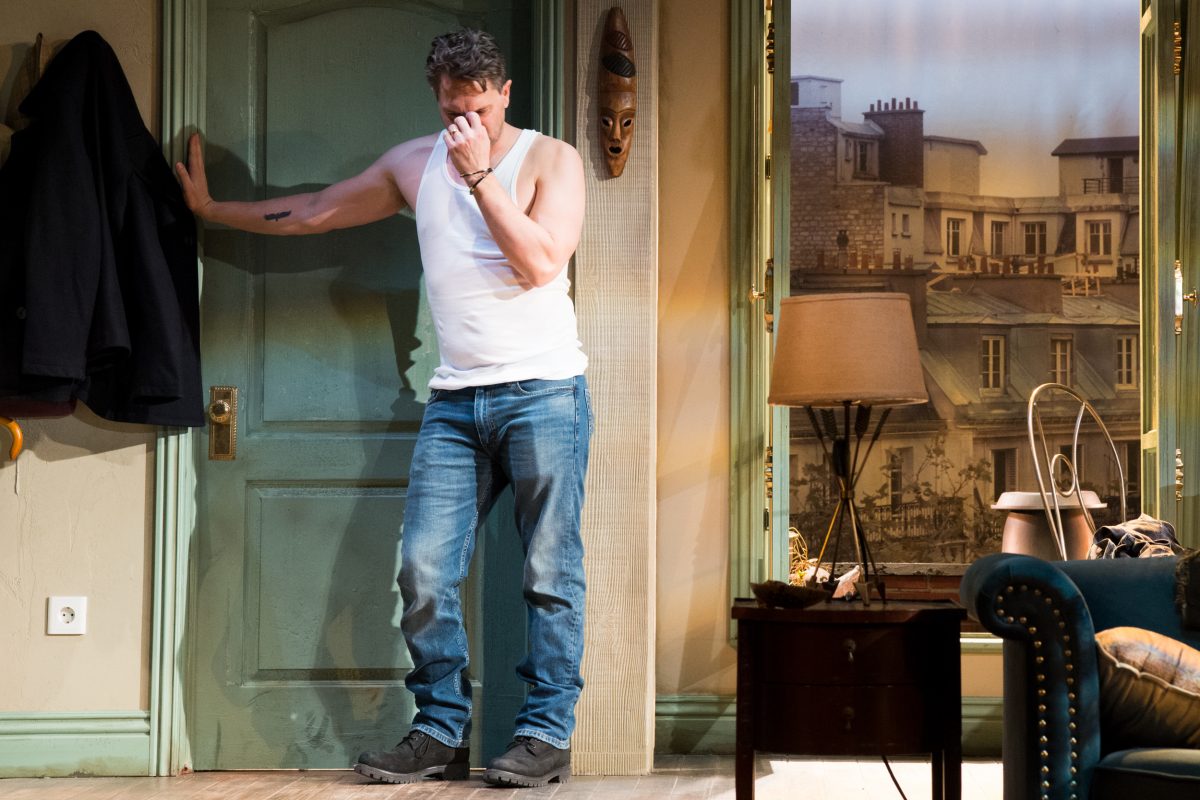 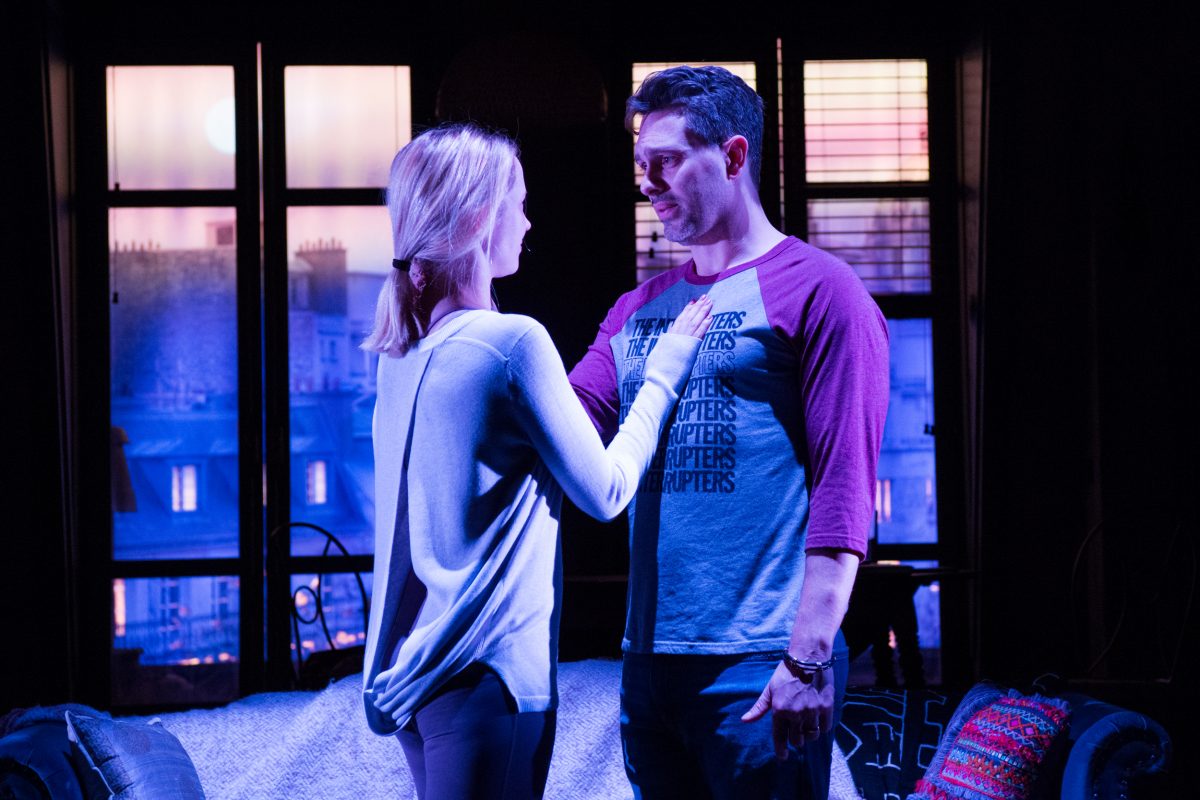 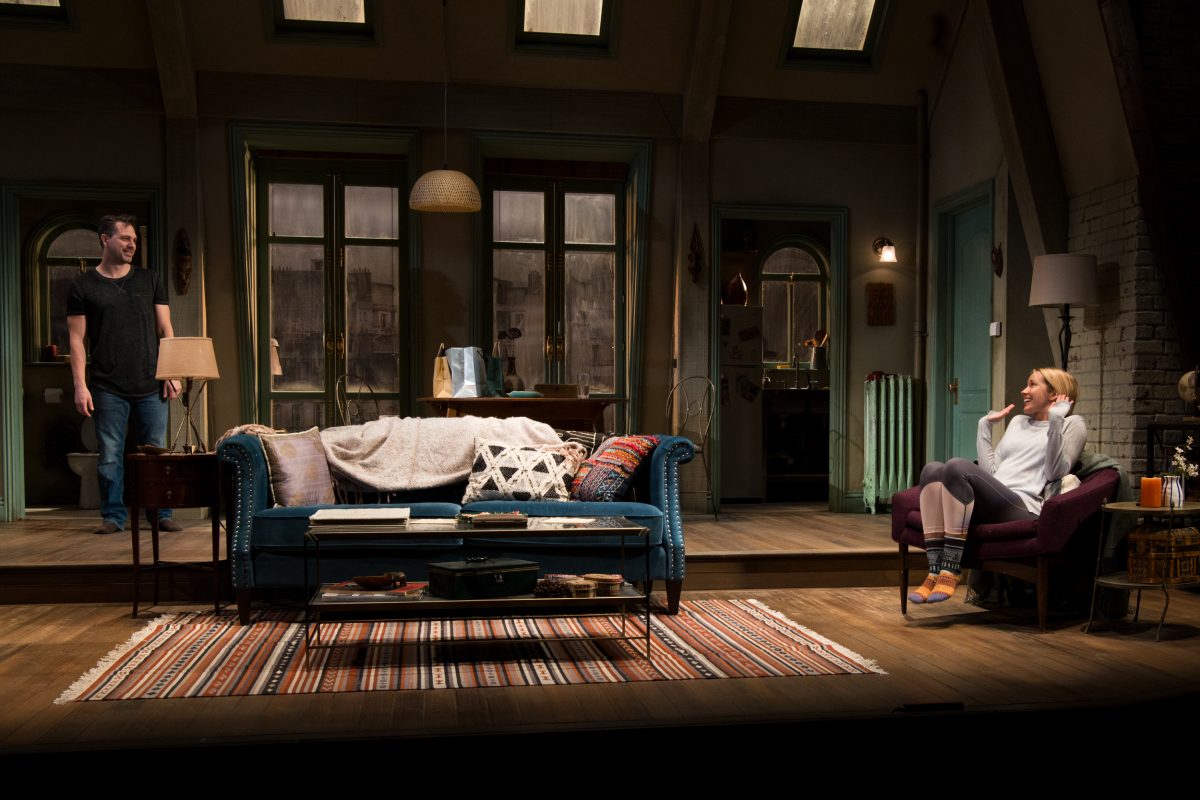 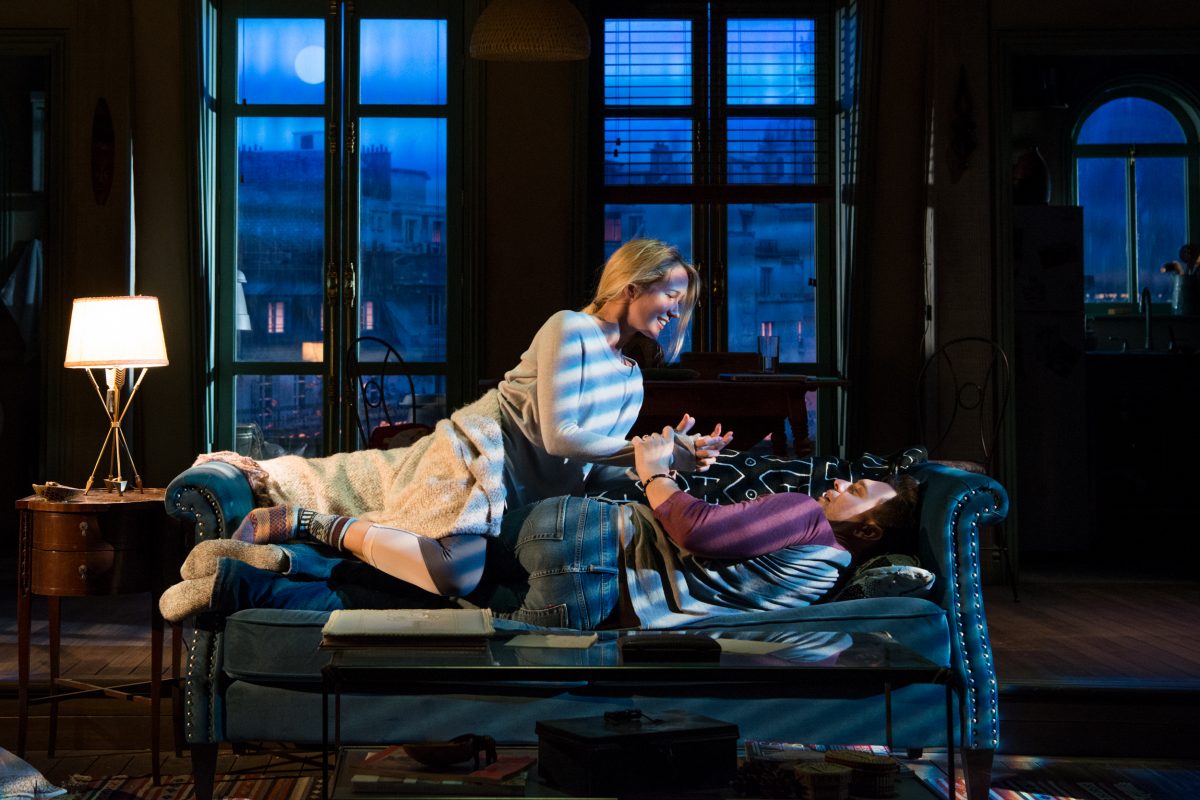 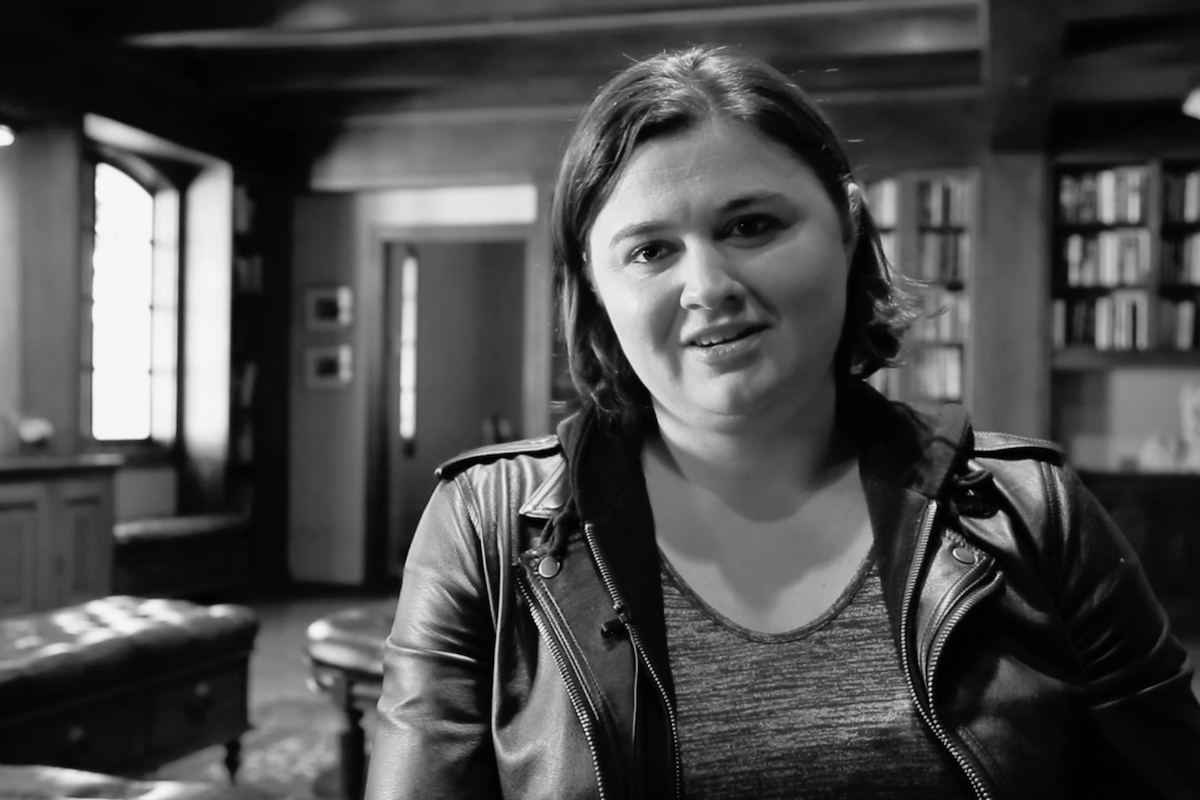 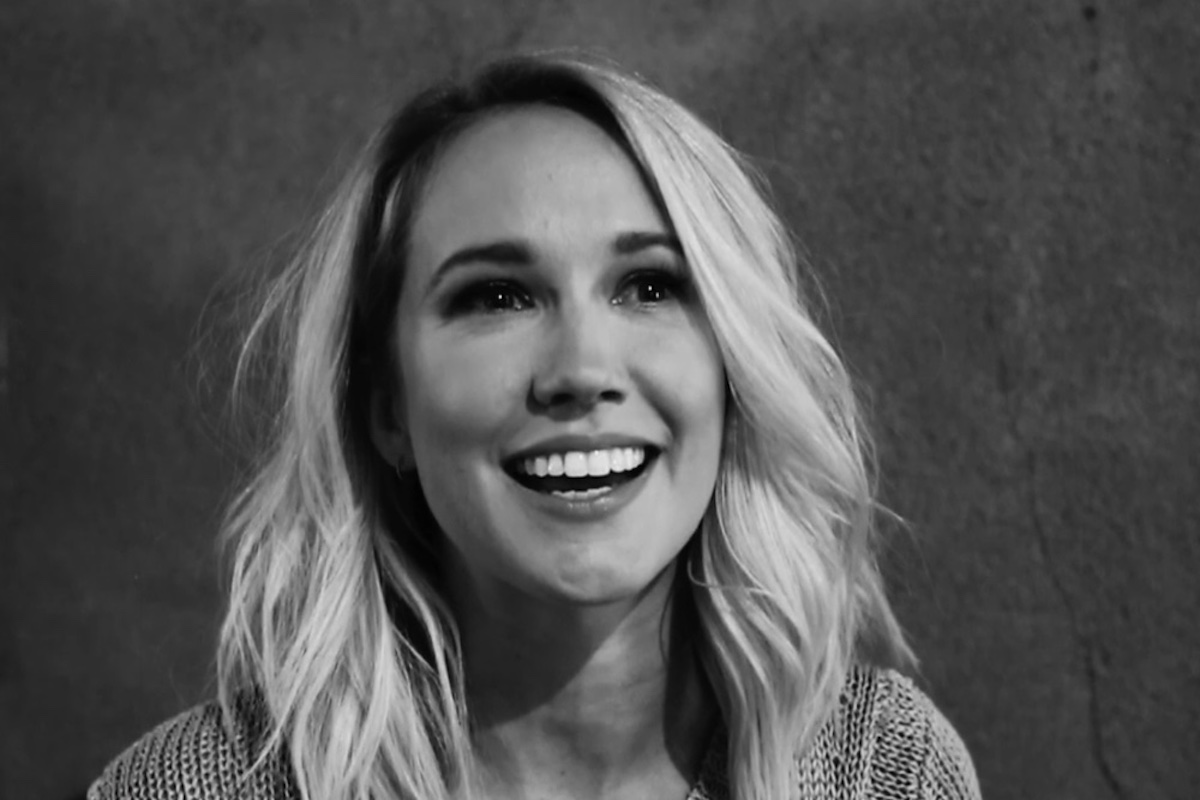 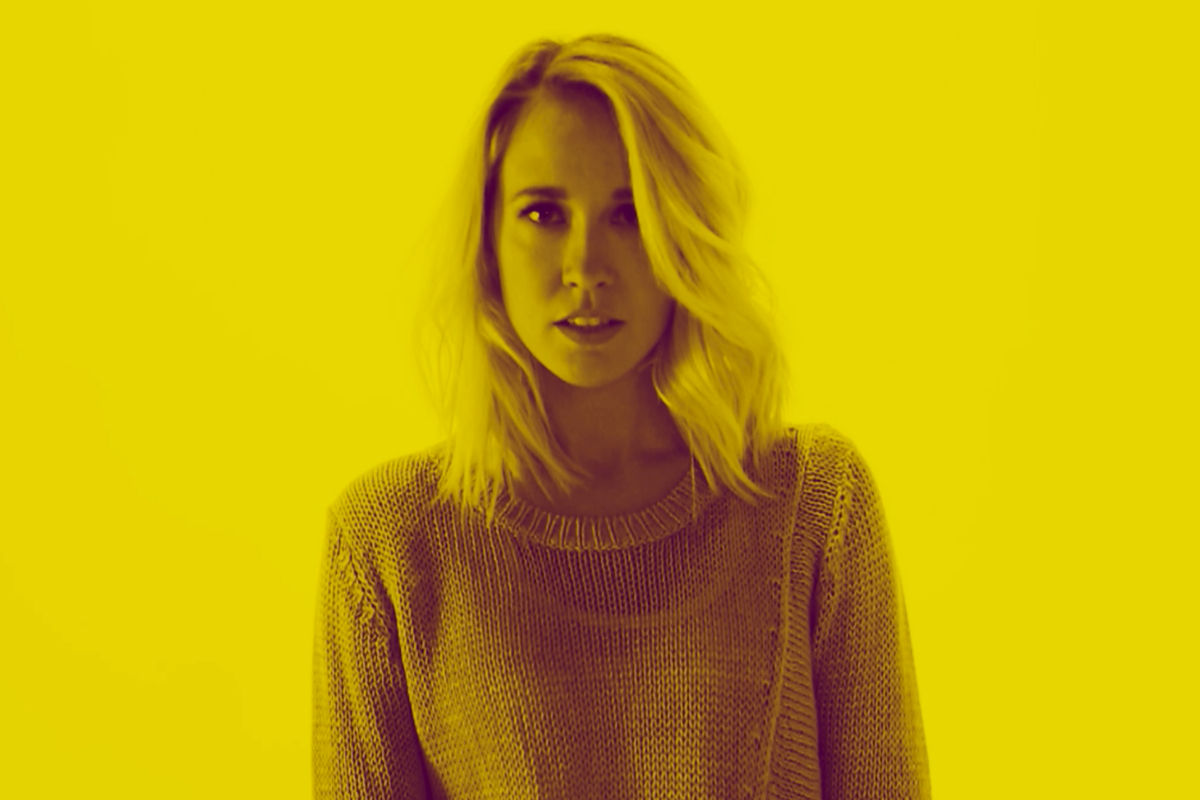 Camp was recently seen in Woody Allen’s film “Cafe Society,” opposite Jesse Eisenberg, which premiered at the 2016 Cannes Film Festival. Other film credits include the independent feature “Brave New Jersey,” “One Night,” “Goodbye To All That,” which premiered at the 2014 Tribeca Film Festival, and the Academy Award-nominated film “The Help,” opposite Emma Stone, Viola Davis and Octavia Spencer.

On television, Camp recently starred in Amazon’s critically acclaimed 1970s newsroom drama, “Good Girls Revolt,” based on the novel by Lynn Povich. She also received rave reviews for her work in the recurring role of “Deirdre Robespierre” on Netflix’s hit comedy “Unbreakable Kimmy Schmidt,” created and produced by Tina Fey. Camp is also widely known for playing the vampire-hating role of “Sarah Newlin” on HBO’s “True Blood.” The show and Camp earned a Screen Actors Guild Award nomination for “Outstanding Performance by an Ensemble in a Drama Series,” on behalf of their work on the series.  Other television credits include: “Saints and Strangers,” “The Good Wife,” “Mad Men,” “The Office” and “How I Met Your Mother.”

On Broadway, Camp starred opposite Daniel Radcliffe in the 2008 Broadway revival of “Equus.” She also appeared on Broadway in Mike Nichols’ “The Country Girl,” opposite Morgan Freeman and Frances McDormand. Off-Broadway, she starred in “All New People,” for which she earned a Drama Desk Award nomination, and “The Scene,” opposite Patricia Heaton and Tony Shaloub, which earned her a Lucille Lortel Award nomination.

Camp grew up in South Carolina and currently resides in Los Angeles.

Read More
THOMAS SADOSKI currently stars on the hit CBS comedy series “Life in Pieces” which follows one family through the separate stories of its members driven by their ineptitudes and shortcomings.  The series, also starring Dianne Wiest, James Brolin and Colin Hanks, is currently airing its third season.  On the big screen, he was most recently featured alongside Shirley MacLaine and Amanda Seyfried in The Last Word, directed by Mark Pellington, and reprised his role as “Jimmy” in John Wick: Chapter Two, starring Keanu Reeves.  He will next star in the independent comedy Mimic, which also stars Jake Robinson, Gina Gershon and Jessica Walter.

Sadoski has starred in and earned raves for his performances in a wide variety of Broadway and off-Broadway productions.  Sadoski recently starred opposite Amanda Seyfried in the off-Broadway production of Neil LaBute’s The Way We Get By and previously with LaBute on reasons to be pretty (Tony nomination in the Leading Actor Category, Drama Desk, Outer Critics Circle and Drama League Award nominations).  Sadoski’s other Broadway credits include Other Desert Cities (Obie Award), The House of Blue Leaves with Ben Stiller and Edie Falco, and Reckless, his Broadway debut opposite Mary-Louise Parker.  Off-Broadway credits include Sam Mendes’s Bridge Project productions of As You Like It and The Tempest (BAM, The Old Vic and a seven-country international tour), Becky Shaw (Lucille Lortel Award), This is Our Youth with Mark Ruffalo, the world premiere of Elizabeth Merriweather’s The Mistakes Madeline Made, Gemini, Stay, Where We’re Born, Jump/Cut, All This Intimacy, and The General From America.   Additionally, Sadoski starred in a critically acclaimed production of David Sedaris’s one-man show Santaland Diaries at New Haven’s Long Wharf Theater, which was performed two consecutive seasons due to popular demand, and he has starred in five productions at the renowned Williamstown Theater Festival.

Sadoski’s film credits include the critically-acclaimed film I Smile Back with Sarah Silverman and Josh Charles, the award-winning John Marc Vallee film Wild with Reese Witherspoon and Laura Dern, John Wick, with Keanu Reeves, Take Care with Leslie Bibb, as well as The Dramatics, 30 Beats, The New Twenty, Circledrawers, Loser, Happy Hour and Winter Solstice.  In addition to his role as Don Keefer on HBO’s Golden Globe-nominated Aaron Sorkin series “The Newsroom,” his television credits include the NBC mini-series, “The Slap,” a recurring role on “Law & Order: Special Victims Unit” and guest starring roles on and “Ugly Betty,” “Law & Order: Criminal Intent” and “Law & Order.”

A graduate of Circle in the Square Theater School in New York City, Sadoski has worked extensively to help develop new theatrical works at New Dramatists, The Lark, The Eugene O’Neill Theatre Center and the Sundance Institute. In his free time, he works closely with the charity group Refugees International, of which he is also a board member.

Moe Jeudy-Lamour is a Canadian born actor. After dealing with health issues as a child he decided to pursue what he loved the most: acting. Despite starting late he started booking roles quickly due to his trilingual background. His career took off, traveling around the country to film projects like “X-Men Days of Future Past,” “Incorporated” (Matt Damon & Ben Affleck), and the critically acclaimed movie “King Dave.” With upcoming roles in “Bad Blood,” “Jack Ryan,” “I’ll Take Your Dead,” and “Becoming Burlesque,” he will be hard to avoid in 2018.

Sharon is a multilingual Haitian-American, opera singer and poet who co-founded Project Elev8, a nonprofit 501(c)(3) organization that supports elevating the standards of education in Haiti. This is her second time on the Pasadena Playhouse stage since last year’s Our Town as the voice of Emily Webb with Deaf West Theatre. Sharon has had guest star recurring roles on ABC Family/Freeform’s “Lincoln Heights” and “Switched at Birth.” Guest star credits include “CSI: Miami” (CBS), “Suburgatory” (ABC) and series regular on “The Lying Game” (ABC Family). She also played the part of Lil Jody in Quentin Tarantino’s “Django Unchained.”  Sharon is an avid reader, actively involved with the Deaf and Haitian community. Social: @ShaPieLou

Belleville contains strong language and mature themes. May not be suitable for people under 18. 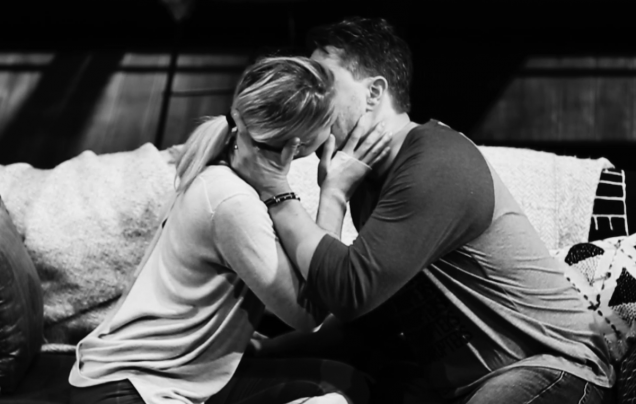 WATCH: BELLEVILLE – Reviews Are In 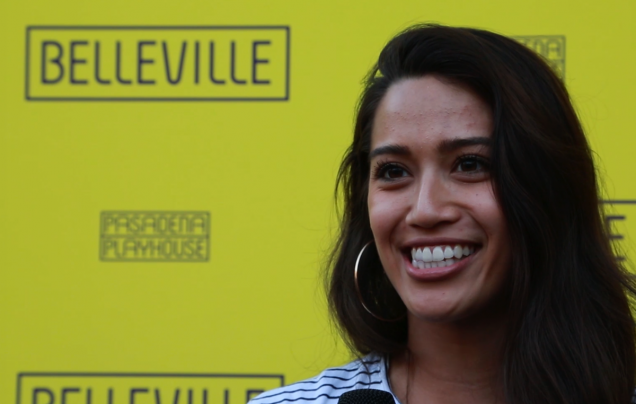 WATCH: Everyone Is Talking About BELLEVILLE