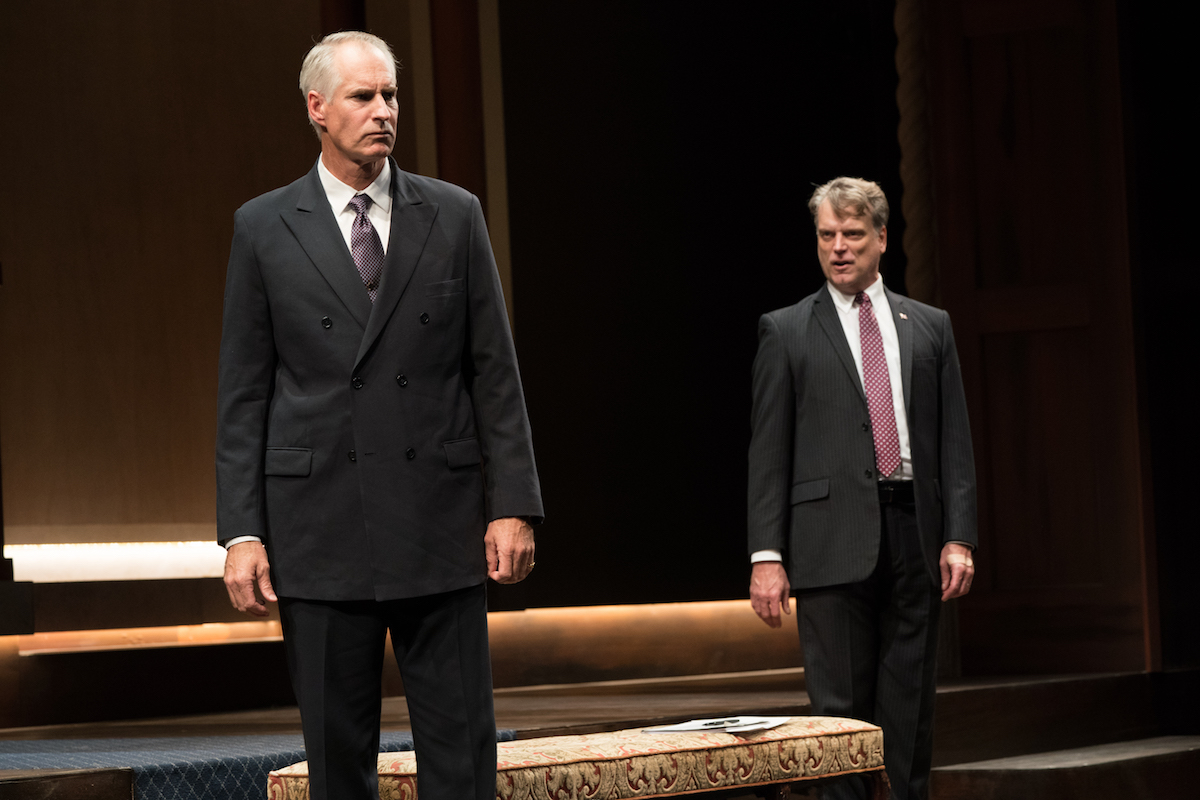 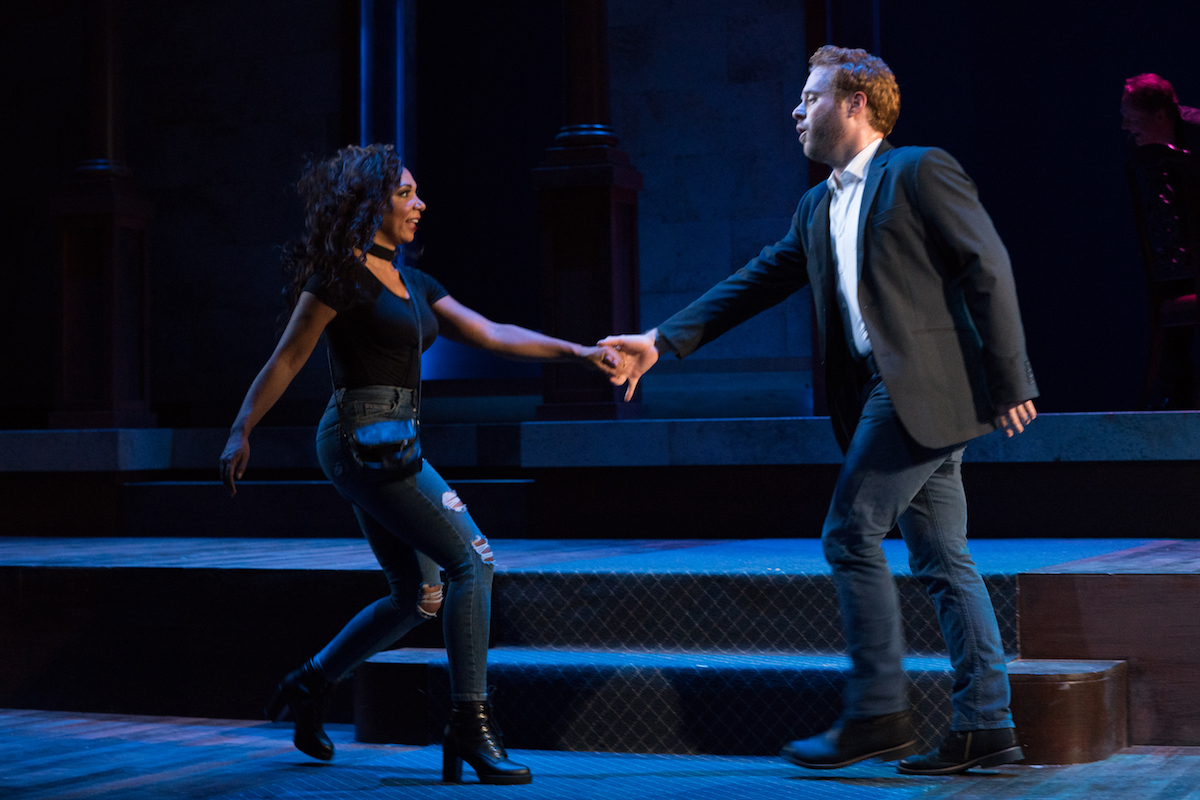 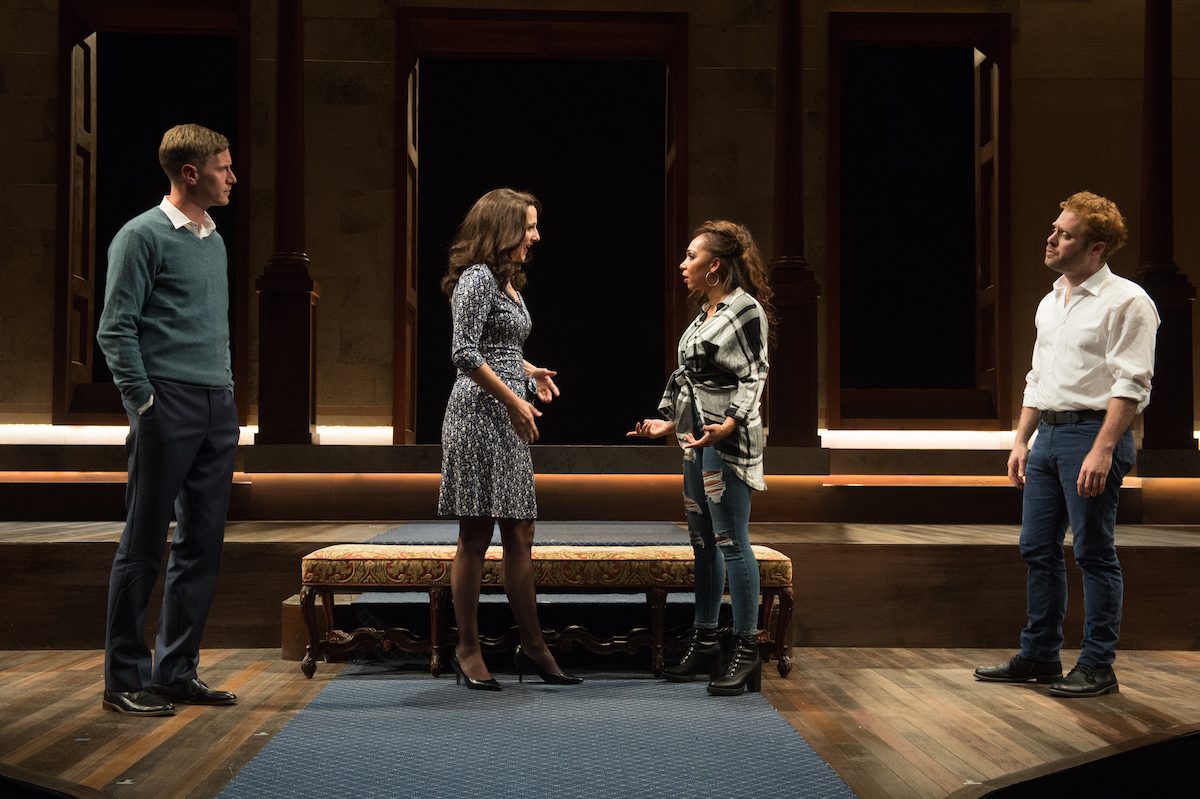 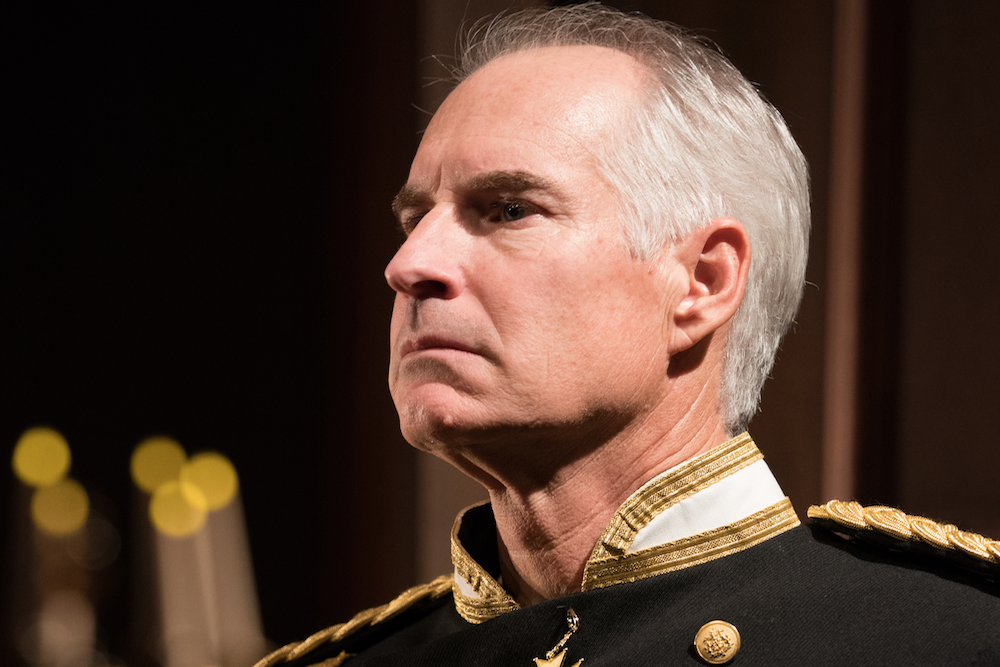 How long have you been a costume designer and what lead you to this career path?
I designed my first show in 1981, so thirty-six years. I’ve been able to do it full time professionally for about 25 years.
I originally studied performance and then fashion design. I worked as a fashion designer while auditioning for roles. Eventually, I decided a career in performance wasn’t for me, so I got an MFA in costume design to combine my two interests. It was a great decision.
What are some of the questions you were considering when approaching costumes for King Charles III?

I always feel that my job is to assist in the story-telling. So the question always is “what is the story we’re trying to tell in this production?” In King Charles III, we have a family drama set inside a political drama. The actual royal family is a highly produced package presented to the public. In recent years we’ve seen glimpses of the real people behind the glossy facade. Most of the family scenes in the play take place in the private apartments of the palace. I wanted to show them in a way that we don’t usually get to see them. With their guard down. Not completely perfect and camera ready. The actors did a great job of showing their humanity and flaws.

What was it like working with Director Michael Michetti?

Michael Michetti and I have worked together before. He’s a wonderful director and a great collaborator who puts together teams and casts that work together well. He’s clear and easy going. It’s always fun to work on one of his productions.
What research did you do to help inform your costume ideas?
The major part of any production is research. I usually spend a couple of months looking at photos, watching videos, reading,  etc. I gather all I can and then as I become more familiar with the script, certain pieces of the research stand out as right for that particular production. The actors also do a lot of research and sometimes share something with me that really speaks to how they see the character.
Where do you being when building a wardrobe for a cast of characters that is cohesive with the overall feel of the show?

Well, given the conservative nature of the characters, I didn’t have to deal with coordinating any bright colors, etc. That made it a bit easier.

There are subtle differences in the various characters. The more conservative characters had standard cuts to their suits. Mid-width lapels, ties, straighter cuts. The more progressive characters were a bit more current. This is obvious in the press conference scene. Charles is wearing his preferred double-breasted suit which is a classic, but not currently at the forefront of fashion. Next to him, we have William in a modern style slim fit suit with a narrower tie and lapel. The leader of the opposition party has a slightly more modern look with shorter skirts and a fitted silhouette.

In general, for the group scenes, I tried to have variety within a tight color palette so it would look cohesive, but not boring. For instance, in the riot scene, most things are close in what we call color value- basically how light or dark they are. So we have olive, brown, denim, gray, rust, etc. to keep it visually varied, but nothing really jumps out. Jess and Harry are in black which still looks cohesive, but pops them out a bit from the other mid-tones. Plan as you may, with big crowd scenes, sometimes something jumps out that shouldn’t and we adjust during dress rehearsals.

How closely do set designers work with costume designers to ensure everything on the stage of the show works symbiotically?

Generally, all the designers meet in pre-production design meetings.We talk about our individual needs and negotiate around those.  Because of construction deadlines, the completed set design is due before the costumes.Paint comes a bit later, so we can discuss color changes and such.  Sometimes the script calls for a visual “moment” or a specific costume in a specific color is required. In those cases, more detailed discussions occur around those moments.
Do you remember your first theater experience?
I’ve been going to theater, opera, concerts, and dance as long as I can remember. I don’t really have a first memory of a performance. The first show I saw on Broadway was Evita with Patti LuPone. I also saw A Day in Hollywood, A Night in the Ukraine which remains one of my favorite shows.
What’s been the best part about working at Pasadena Playhouse?
Well, of course, the theater itself is beautiful. It’s cool to be a part of the new era being ushered in by Danny Feldman. The best part of this production was working with the amazing cast and other designers that Michael Michetti put together. Everyone was kind, professional, passionate about the show and just really good people.