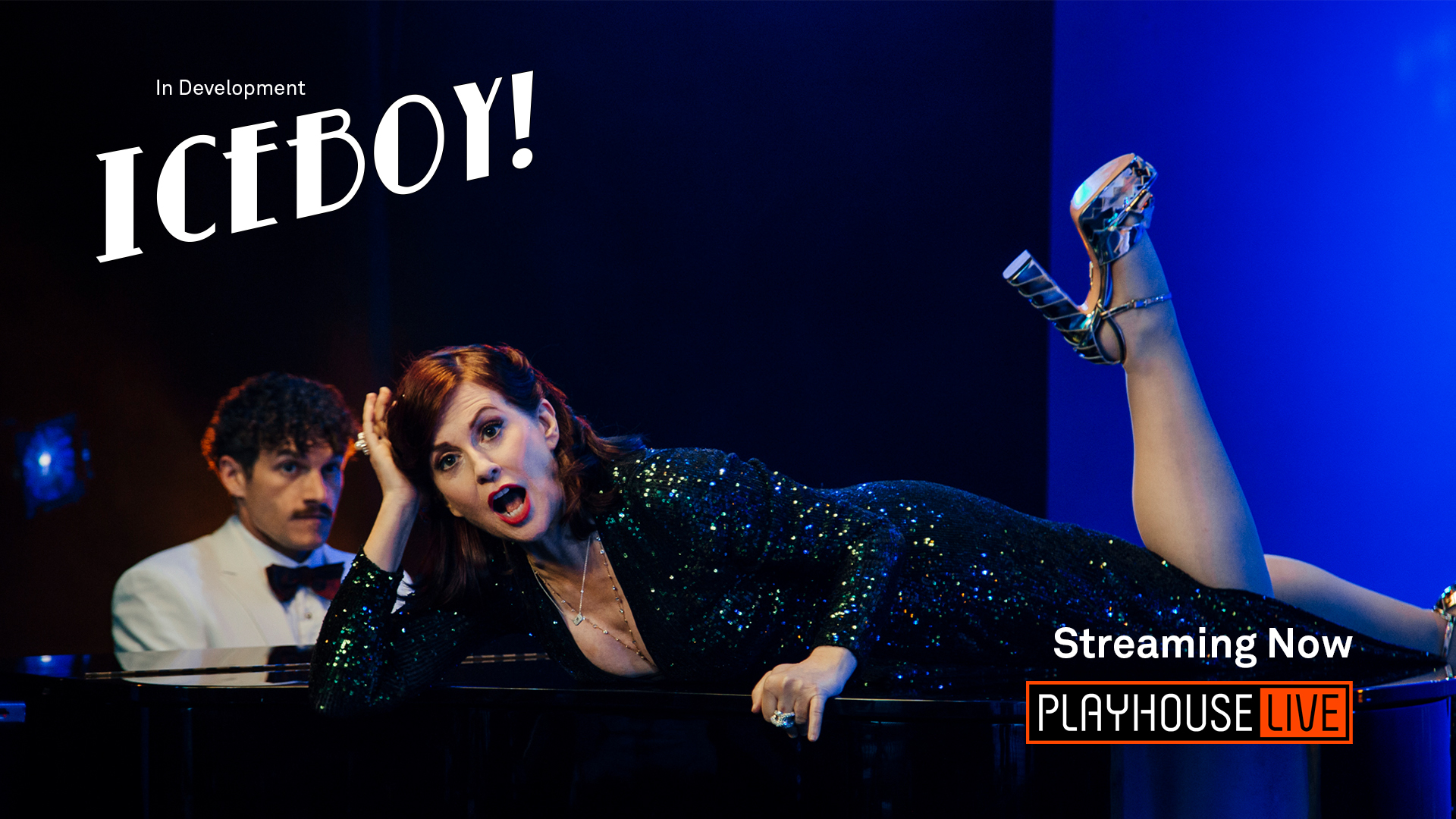 Streaming Now – In Development: Iceboy!Join Megan Mullally, Nick Offerman, Adam Devine and Laura Bell Bundy as they give you a rare early look at this hilarious and irreverent new musical. From the co-creators of the Broadway hits The 25th Annual Putnam County Spelling Bee and Urinetown: The Musical. Iceboy! tells the absolutely untrue story of a 10,000-year-old Neanderthal who’s discovered frozen in the Arctic, brought to New York, and adopted by Vera Vimm (Mullally), the biggest Broadway star of 1938. But once thawed, Iceboy (DeVine) becomes an acting sensation whose talents threaten to upstage the once mighty Vera. It’s All About Eve if only Eve were a caveman.

Watch the Iceboy! trailer below, then head to PlayhouseLive to stream the full show for FREE – no need to reserve a seat.