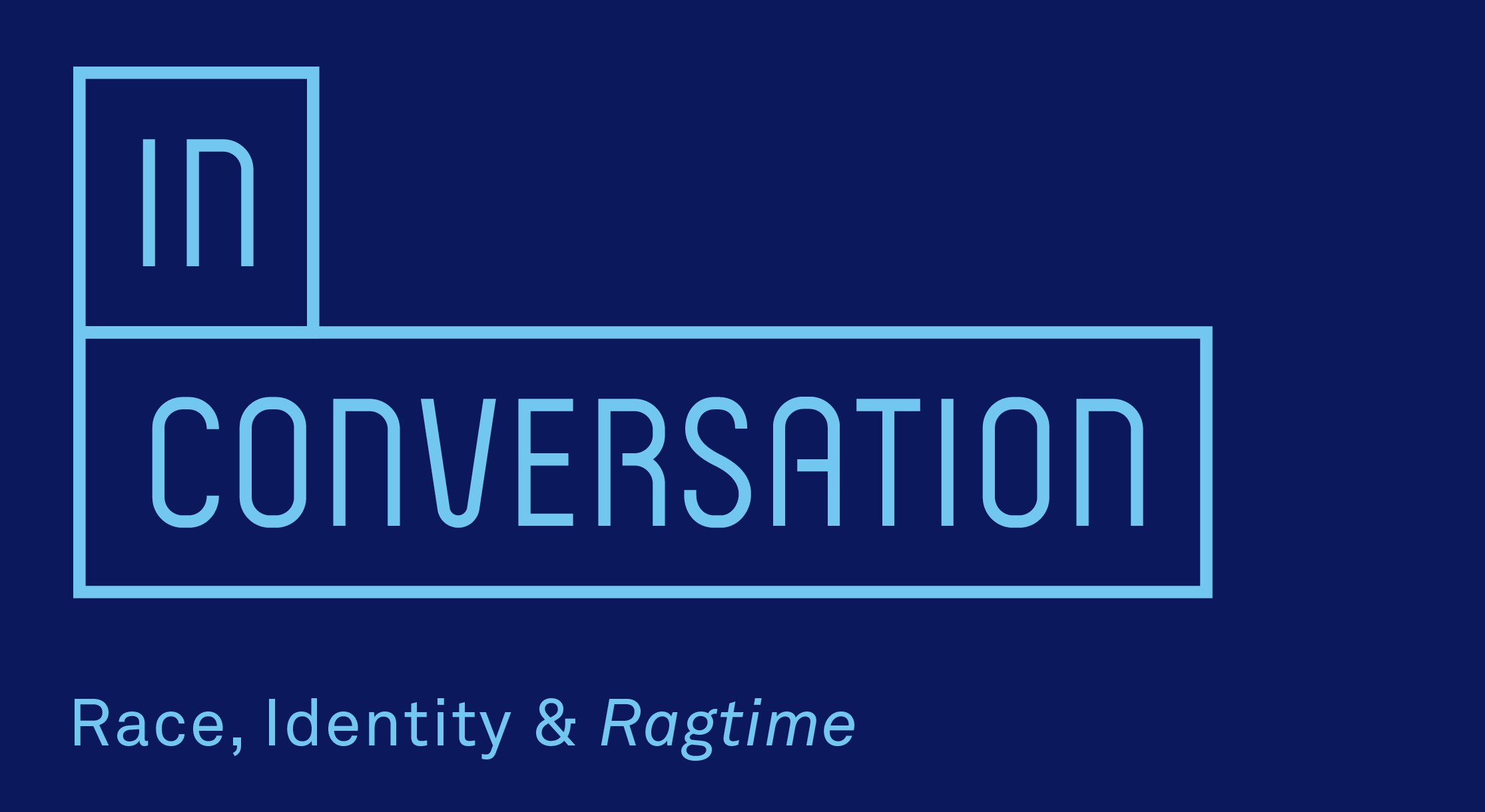 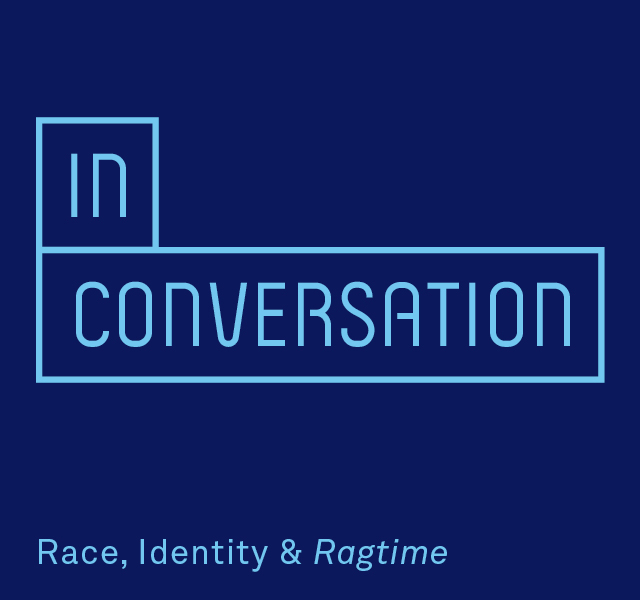 Ragtime shows an America at the turn of the 20th Century. The American Dream was a promise of a new tomorrow for everyone. With a fresh start for all, regardless of race or identity, America was the new frontier. So what happened? What was next? Did it get better? How has race and identity created the country we know today? Join us for two PlayhouseTalks events to look at the 100+ years following the musical, and the real American experience.

Till We Reach That Day: The Struggle for Justice in America
February 11, 7 p.m.
Pasadena Playhouse

Ragtime shows an America at the turn of the 20th Century. The American Dream was a promise of a new tomorrow for everyone. With a fresh start for all, regardless of race or identity, America was the new frontier. So what happened? What was next? Did it get better? How has race and identity created the country we know today? Join us for two PlayhouseTalks events to look at the 100+ years following the musical, and the real American experience.

The Pasadena Jewish Temple and Center

Till We Reach That Day: The Struggle for Justice in America 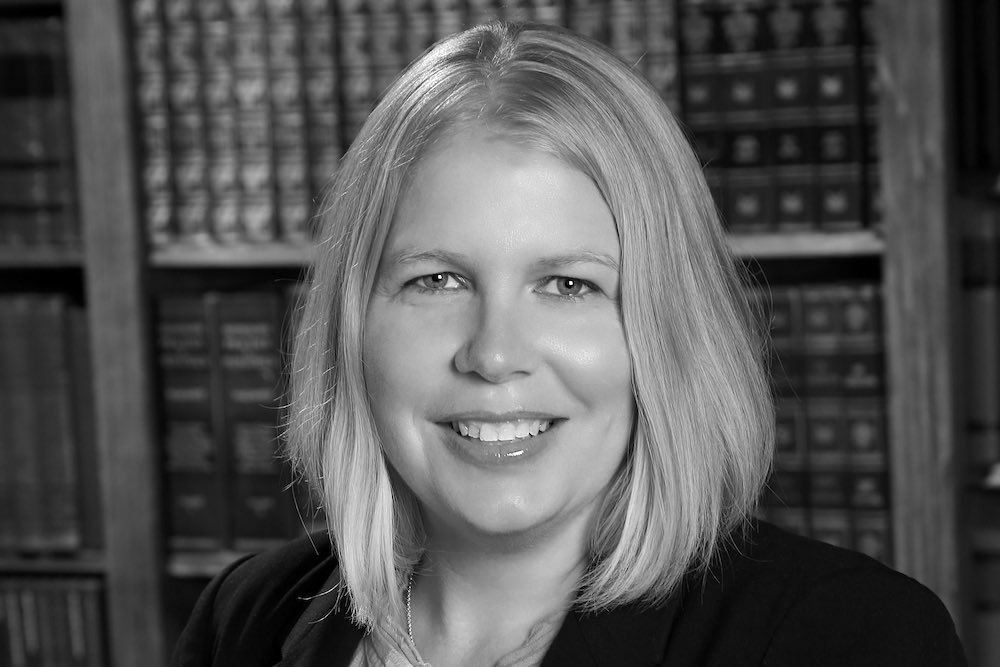 Brie Loskota is the executive director of the Center for Religion and Civic Culture at the University of Southern California in Los Angeles. Her research focuses on how religions change and make change in the world. She is co-founder and senior advisor to the American Muslim Civic Leadership Institute and serves as the implementation partner for the United States Institute of Peace’s Generation Change program, where she has trained young leaders from across the Middle East, Africa, Asia, and South America.

Her writing have been published by the Los Angeles Times, USA Today, Aspen Journal of Ideas, Religion Dispatches, Los Angeles Magazine, the Brookings Institute, the Aspen Institute, and the Chicago Council on Global Affairs. Her commentary has also been featured in the Los Angeles Time, The Nation, National Public Radio, Washington Post, Public Broadcasting, Voice of America, and Take Part Live.  She has spoken at the World Economic Forum, the US-Islamic World Forum, the Aspen Institute, KPCC (NPR), and at universities, foundations, and community groups around the globe.

She is actively involved in community and non-profit organizations that work at the intersection of religion and the public square, including NewGround: A Muslim-Jewish Partnership for Change, Religion Dispatches, the Guibord Center: Religion Inside Out, L.A. Voice, L.A. Emergency Preparedness Foundation and Jewish World Watch, where she also chaired the Solar Cooker Project, an initiative that supplied solar cookers to Darfuri Refugees living in Chad. 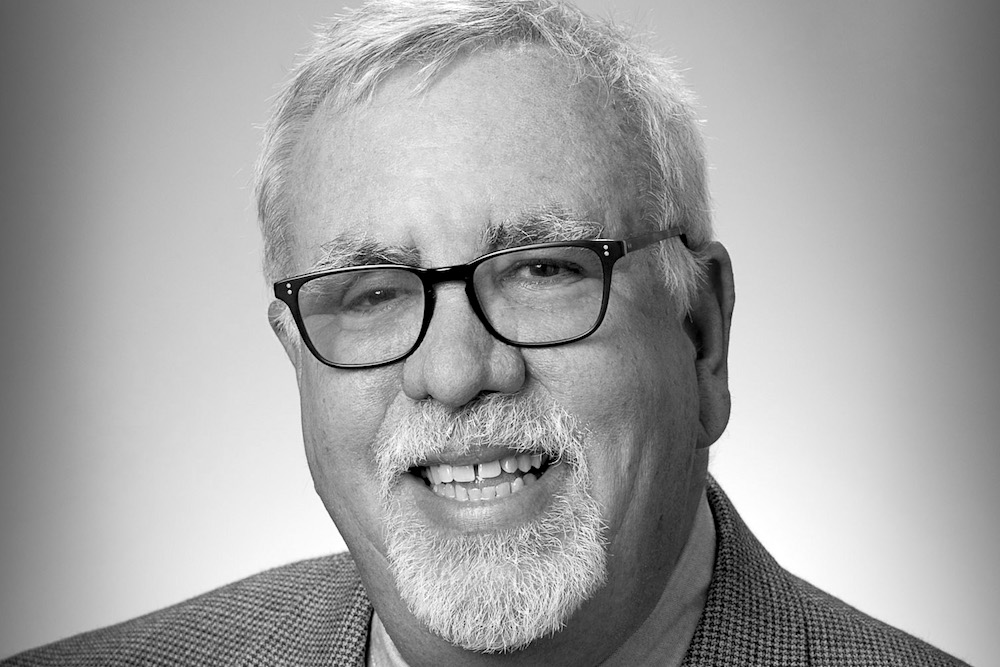 Read More
Bruce A. Phillips is Professor of Sociology and Jewish Communal Studies at Hebrew Union College,  and University Fellow at Center for Religion and Civic Culture at the University of Southern California. He is one of the leading researchers in the demography and sociology of American Jewry and is the 2017 recipient of the Marshall Sklare award for his contributions to this field.. His published work covers a wide variety of topics from Iranians and Israelis in the United States to Jewish suburbanization, Jewish education, the economics of Jewish life, and the Jews of Los Angeles.  He is widely recognized as a leading researcher on American Jewish intermarriage. His most recent publications  area are “The geography of American Jewish intermarriage,” and “Not Quite White” The Emergence of Jewish Ethnoburbs in Los Angeles.” 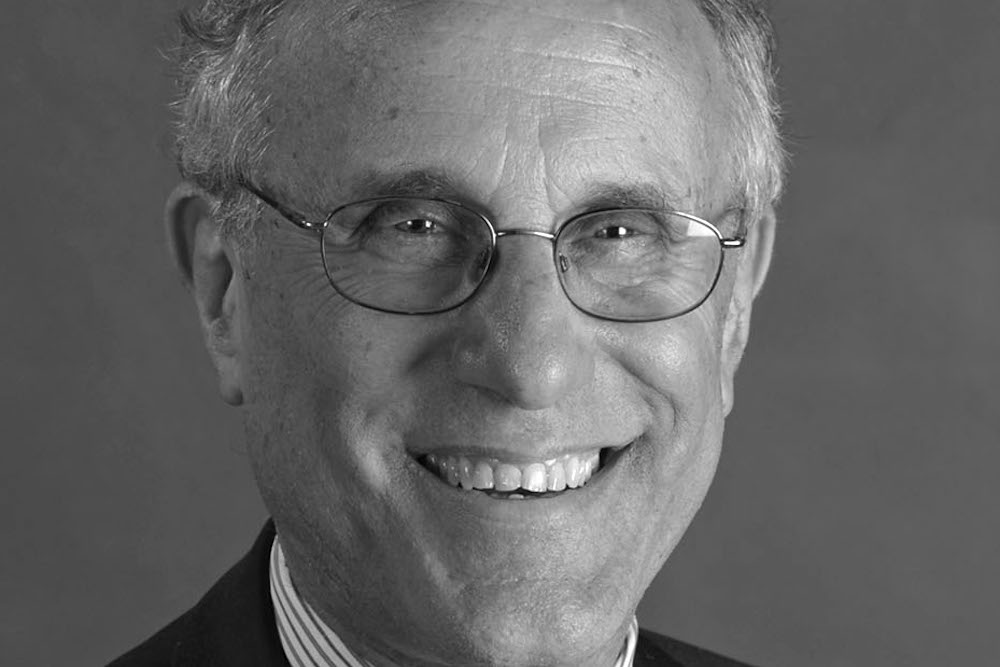 Read More
Peter Braun is an adjunct lecturer, teaching courses on leadership, management and social policy within the Department of Community, Organization, and Business Innovation. He recently received the first Exceptional Faculty Award from the National Association of Social Workers-USC Chapter, just one of two faculty at the school to be recognized.

Braun boasts a broad and extensive career in the field of aging and community social work. From 2009 to 2013, he served as executive director of the American Diabetes Association in Los Angeles. During his tenure, he created a national model for best practices, capacity building and system expansion for diabetes clinical centers, funded by the Los Angeles County Department of Public Health and the Centers for Disease Control and Prevention. Previously, he was president and CEO of the Alzheimer’s Association, California Southland Chapter, developing a national model for delivery of service for people with dementia and caregivers in the Latino, African-American and Asian-Pacific Islander communities. He also oversaw the agency’s expansion, from a budget of $252,00 in 1988 to $5.7 million in 2008.

Braun has served in a variety of leadership positions including membership on the Secretary of Health and Human Services’ Alzheimer’s Advisory Committee in Sacramento (1999-2009); delegate to the White House Conference on Aging (1995); and co-founder and chair of the Los Angeles Leadership Council of Aging Organizations (1997-2000). He has lectured extensively nationally and internationally on the subjects of Alzheimer’s disease and cross-cultural issues.

Till We Reach That Day

Till We Reach That Day: The Struggle for Justice in AmericaThe fight for equal rights has been a guiding principle in the Black experience from slavery until today. Every generation has had its movements and progress is made. But when, if ever, will we reach that day? Join us for a dialogue exploring the journey of Black Americans from slavery through today, from Martin Luther King, Jr. to Colin Kaepernick, and the countless efforts, struggles and successes along the way.

Feb 11 at 7P.M. at Pasadena Playhouse 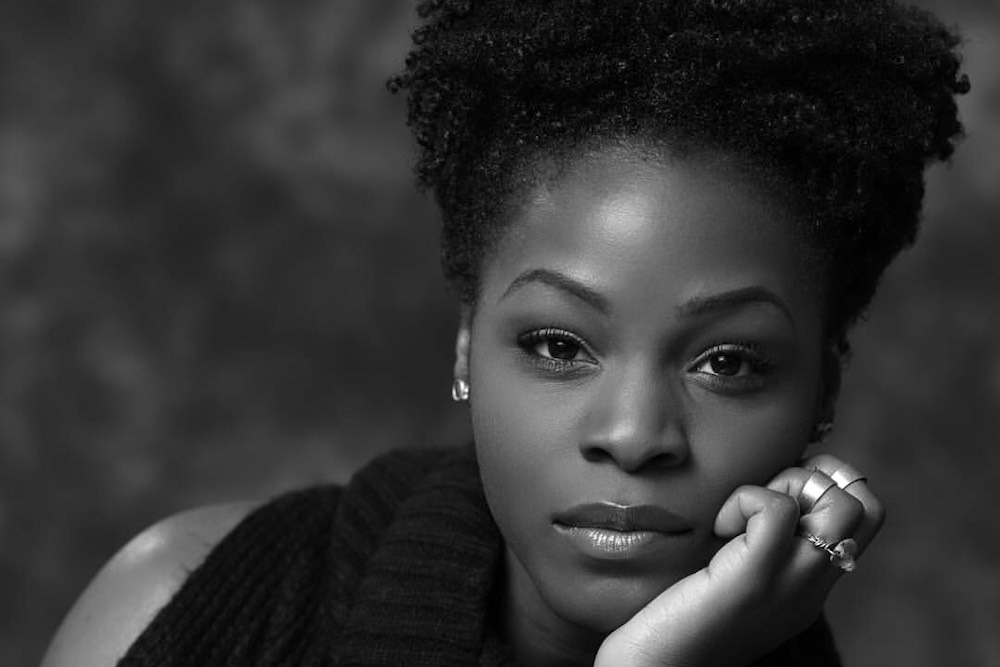 Funmilola Fagbamila is a Nigerian American scholar, activist, playwright and artist. She currently serves as a professor of Pan African Studies at California State University, Los Angeles. As a founding member of the Black Lives Matter Movement, Funmilola has been organizing with BLM since its inception in 2013 and currently serves as the Arts and Culture director for the Los Angeles chapter.

While her artistry is multifaceted, Funmilola’s current project, entitled “The Intersection: Woke Black Folk”, is a stage play on the complexities of black political identity. This project has been met with critical acclaim by thinkers and artists such as Angela Davis and Erykah Badu. It premiered at the Pan African Film Festival in Los Angeles as the featured theatrical production in March 2018.

In 2015, Funmilola was honored by the United States Congress and the Black Community, Clergy and Labor Alliance for her commendable activist scholarship, service and struggle. In 2017, Funmilola was awarded the Inaugural Activist-in-Residence position at the Institute on Inequality and Democracy at UCLA Luskin. And in 2018, Amplify Africa and the US Congress honored Funmilola once more with the “African Excellence” award in the field of education. Her writing, political analyses and social commentary have been featured in publications such as the Guardian, NOW THIS news, NPR and most recently in a Netflix documentary on feminism. Funmilola has delivered keynote addresses at universities and institutions across the country and will internationally tour her stage play in 2019. 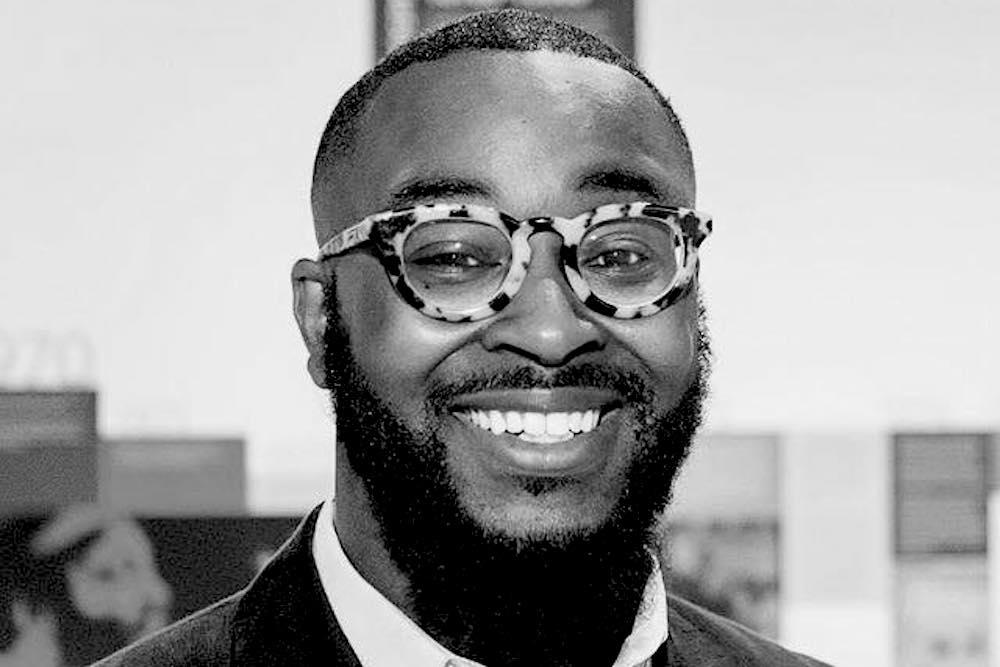 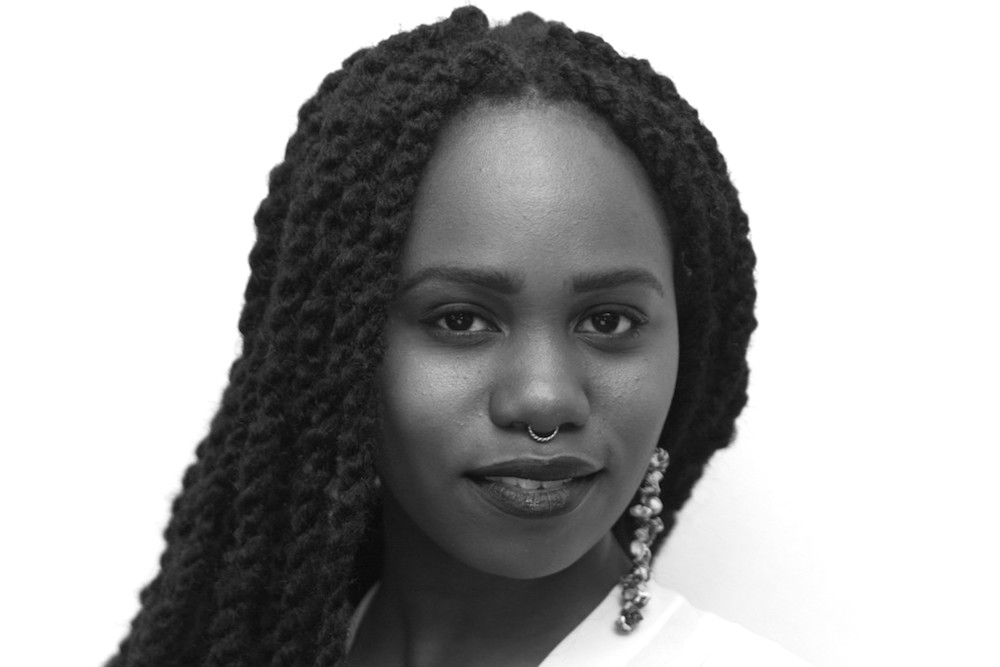 Dionna Michelle Daniel is a playwright, actress, and vocalist from Winston-Salem, North Carolina. She is a graduate of California Institute of the Arts with a BFA in Acting and a minor in Creative Writing. Daniel’s works address social and political issues surrounding the African-American experience. Her plays include GUNSHOT MEDLEY: Parts 1 & 2 and Rain, River, Ocean. Recently, she has received the 2020 Community Commission for Peppercorn Theatre in Winston-Salem. Daniel currently serves as the Community Engagement & Learning Programs Manager at the Pasadena Playhouse.

Tickets for these PlayhouseTalks are free with RSVP. Reserve your seats by clicking the “Get Tickets” button.

Please Note: The Jewish Experience in America on Jan 28 at 7PM takes place at The Pasadena Jewish Temple and Center.