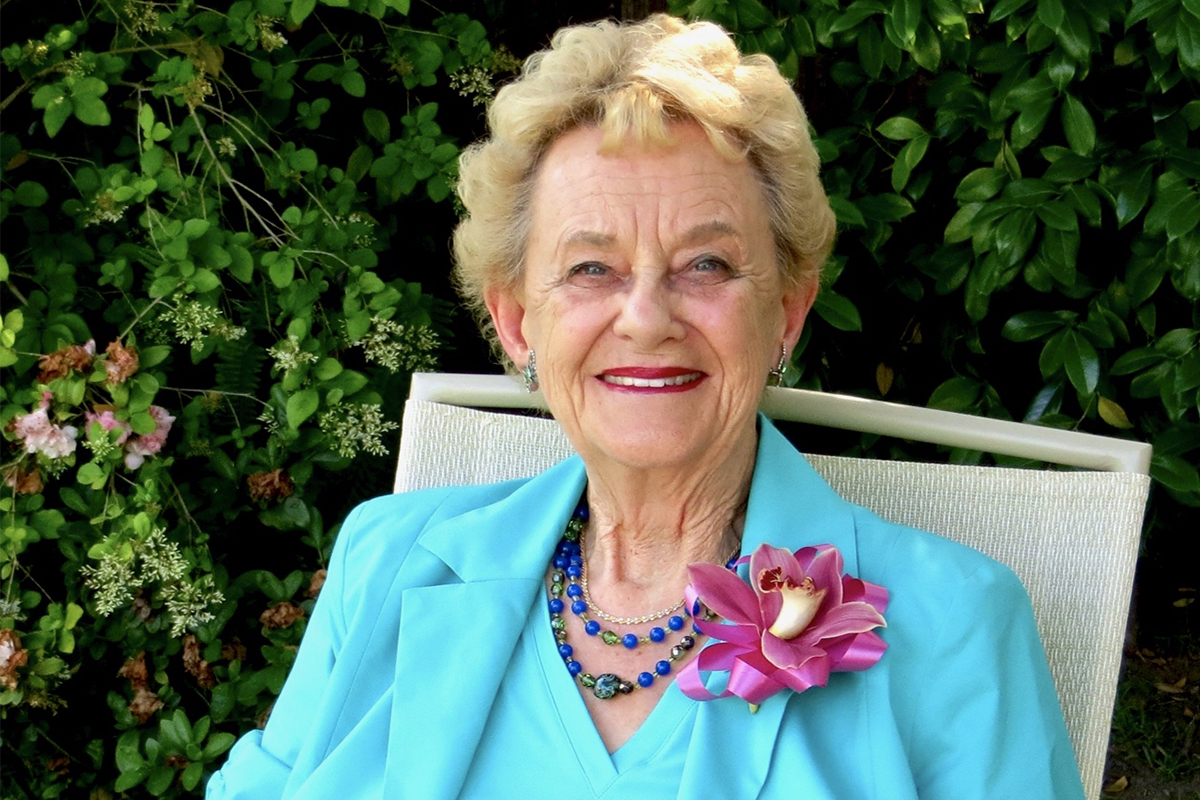 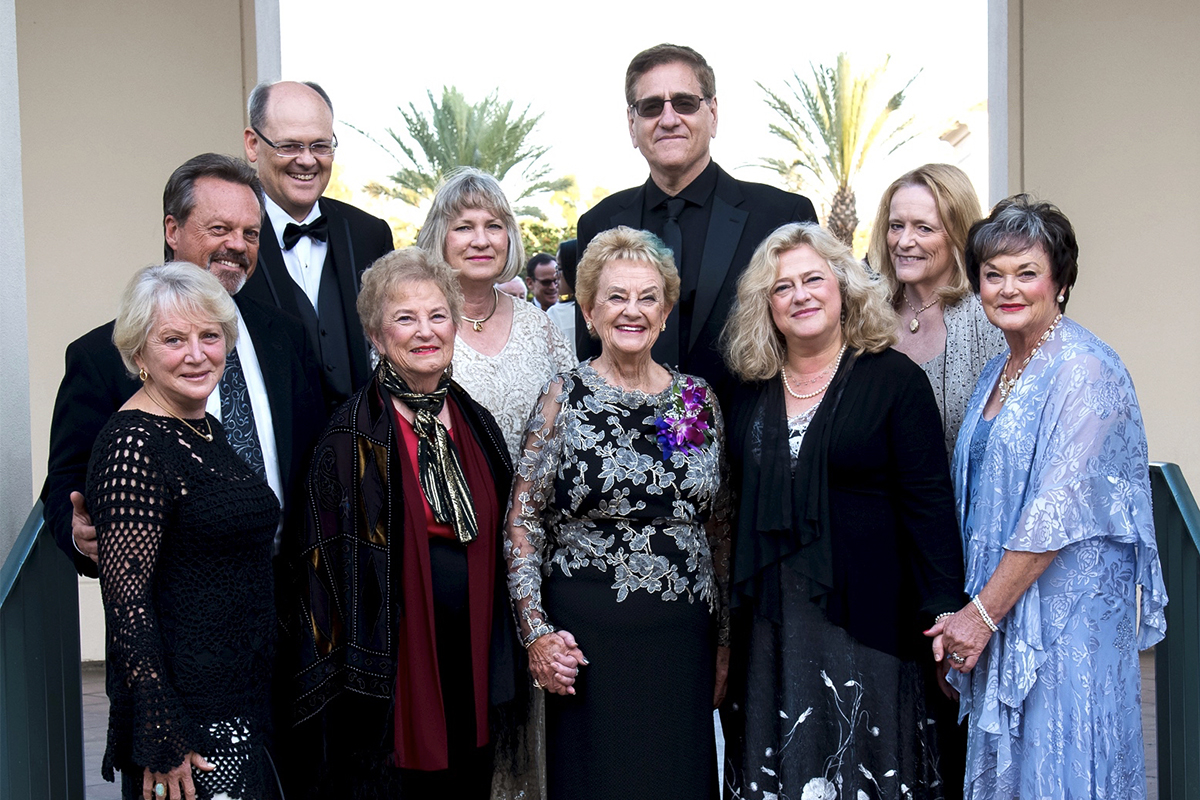 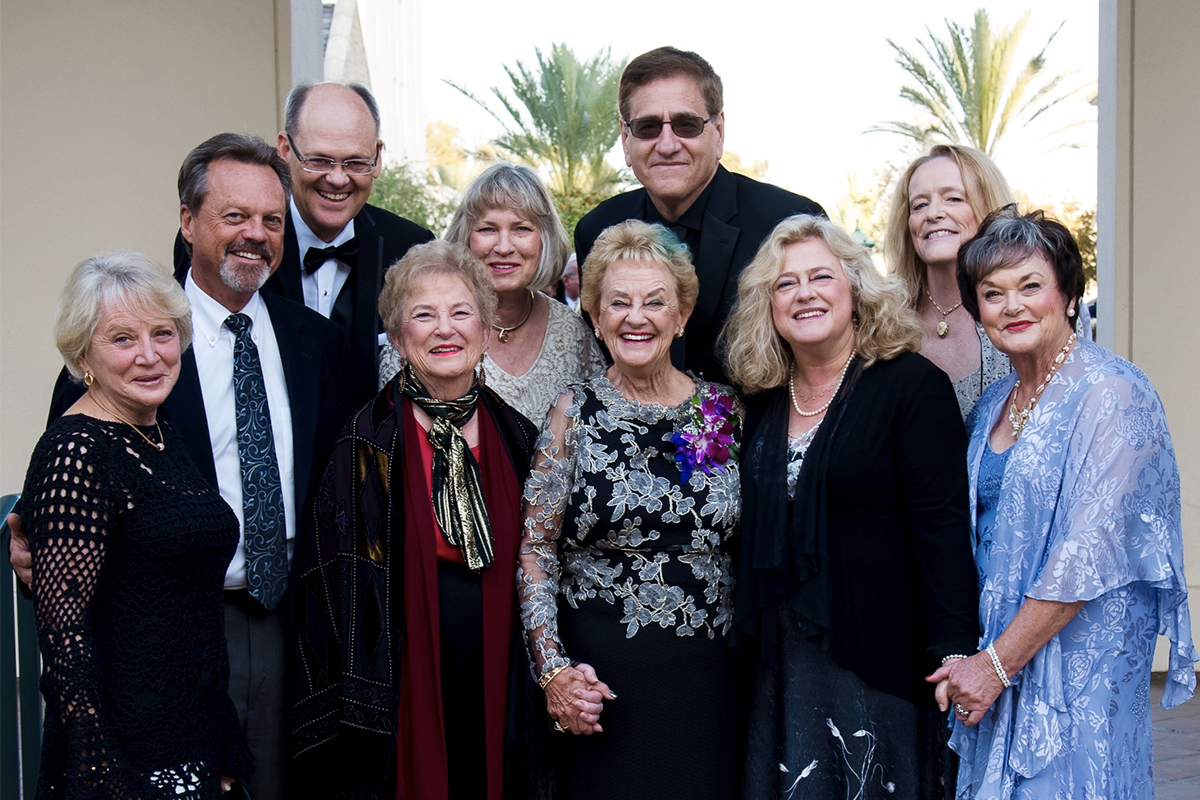 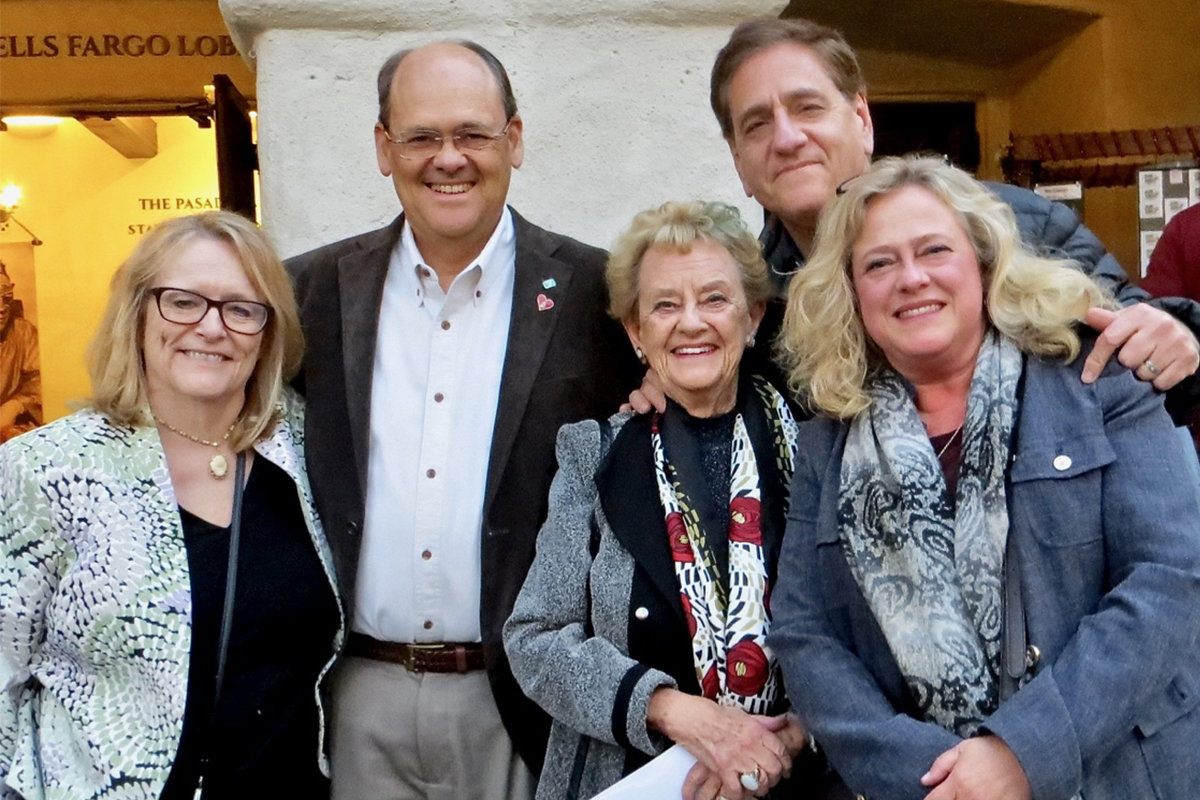 I met Margaret and Charles Sedenquist in 1999. Margaret, Lyn Spector and Lyla White met with me at Lyn’s South Pasadena home at the suggestion of Dave Davis (who was then the Chairman of the Board of the Pasadena Playhouse)to invite me to stand for election to the Pasadena Playhouse Board. I recall her great enthusiasm for the theatre and leadership during her days on our Board of Directors. One of the greatest things that has happened to my husband and I from our involvement with the Pasadena Playhouse, is the truly outstanding people we have met and become close friends with. Margaret was one of the many great friends we are lucky to have known. She had strong opinions about each play we did, but woe be to anyone who criticized the Playhouse! It was tantamount to a criticism of family. Lyla White, formerly the Executive Director for the Playhouse recalled that Margaret paid for carpets and seats for the Playhouse in the mid-nineties, and shared her membership at the Atheneum to host prospective donors and for events. Margaret was serving on the Executive Committee and recommended that I be made Vice-Chair. I served with Michelle Engemann who was the Chair, then became Chairman soon after that. At the time I met her she was 72 years young, working full-time managing her commercial real estate company, Mohawk Management, and serving on many boards including ours. She continued working in real estate, venture capital deals and helping the many charities she loved right up until she contracted COVID. She was vital. She was still driving at 94 and she was an inspiration to me!

When Peggy Ebright (noted artist and avid supporter of the Pasadena Playhouse) sought to reopen the Playhouse in 1982 the City of Pasadena recruited Margaret to the Board of Directors, and Margaret was voted Chairperson in 1986 when the theatre reopened after being closed for 17 years (it closed in 1969).

Margaret was born just prior to the depression (January 17,1927), the oldest of 6 children, on the family farm in Wyoming. She told me that “the history of Wyoming is filled with the history of my family”. Her maternal grandfather, James C. Shaw drove herds of over 4000 cattle, leading 100 cowboys on the Texas trail to Nebraska and Wyoming. He wrote, “Pioneering in Texas and Wyoming”, telling of his exploits in the 1870’s. He later purchased his South Dakota ranch from Teddy Roosevelt.

Margaret studied journalism and psychology, and got her Bachelor of Science Degree in Psychology from the University of Wyoming in 1948, and began her illustrious and trail blazing career at General Electric Corporation in Schenectady, New York, when she was 23. Tasked with improving morale and productivity, Margaret sought feedback and ideas from the employees in order to get them to “buy-in” and feel “empowered”. In 1948 these ideas were new. She created a system and a chain of command so that ideas from employees on all levels could offer ideas and feedback. These basic ideas she introduced have been employed by G.E., Harvard Business School and most industrial psychology studies since she introduced them.

Margaret had to return to Cody Wyoming to help her parents in 1951 where she met her future husband, Charles Houtz Sedenquist, then a chemical engineer at Husky Oil, in 1952. The son of a Swedish immigrant, Knut Sedenquist and an American, Dora Adeline Brown, Charlie was born in Havre Montana in 1926, the youngest of five children. He and Margaret had three children.

Seeking a career path that allowed time to raise her children, Margaret turned to teaching at Cody High School in Wyoming where she rekindled her great love of the theatre, directing a play “Lost Horizon” at the high school. When her youngest, Diana, was born she switched careers and became a commercial real estate broker.

The young family relocated to Pasadena in 1962 where Charlie began his 25 year career managing and designing construction projects for CF Braun & Company. She and her family joined All Saints Episcopal Church, where Margaret quickly established herself as a leader. She was named Stewardship Chair. At the time the church was only collecting $140,000 a year. Margaret was determined that they could do better and was able to increase annual giving to $2 million per year.

Margaret felt that her young daughter, Diana, was being negatively influenced by the male dominated writings and the leadership of her church. She approached the Rector, George Regas, a young man who joined All Saints in 1966 at age 36. (Sadly, George precedes Margaret in death by just a few weeks, he passed away January 3rd 2021). She collected the liturgies each week and highlighted the male pronouns until the church made the changes to include female pronouns as well!

He and Margaret had many discussions and this led to her invitation to the Diocesan Convention in the late ‘60’s, where she made a motion to get women into the priesthood and to change the liturgical language to be more inclusive of women. Bill Rodiger, the attorney for the Diocese, was surprised by her suggestion and asked, “If we add this to next year’s agenda would Mrs. Sedenquist be satisfied?” Margaret replied, “from you, Mr.Rodiger, I am not seeking satisfaction, only justice”.

The year after the National Convention began adopting gender changes into their canons and this eventually led to the inclusion of women in the priesthood. In 2019 All Saints held a luncheon in her honor, “Margaret Sedenquist: Disrupter and Visionary”, celebrating her advocacy for the ordination of women, inclusive liturgy and language and other progressive changes in the church.

Several years ago Margaret shared a story with me about walking into her living room and seeing what she thought was her large black poodle. She started to shoo him outside into her yard, and realized that it was a bear! The bear obeyed and dove in her pool!
I attended an event at City Hall in 2017 where Margaret was honored by the Pasadena Pops and Symphony for her outstanding leadership. She was also a founding member of the Pasadena Chamber Orchestra.

In 2018 her industry recognized her with the “Foothill Association of Relators Distinguished Service Award”, for her many philanthropic endeavors.

She took me to a Planned Parenthood event in 2019, an event for the college of La Verne ( she served on their board), and several events for the “Noise Within” (she also served on their Board). She introduced me to former Pasadena Playhouse staff member Patrick Garcia who created a program combining high school students performing alongside professional actors in Monrovia, which she supported.

In addition to all of her charitable endeavors, Margaret served our city with her work as Chair of the city’s finance, endowment advisory and the City Hall Restoration Committee, where she served as the Chairman.

I enjoyed many luncheons with her over the years at the Atheneum, where she was a long-term member. Several years before the time of her passing she was instrumental in raising funds for an exciting and revolutionary process that converts diesel to eliminate any harmful emissions from cars: AiResource Technologies.

Margaret battled breast cancer over the past few years and became an advocate for the City of Hope, hoping to help others with the disease. That was what was so wonderful about her; her optimism and dedication to assisting others was always her priority.

Margaret died Tuesday night, February 9th at Huntington Hospital from complications of COVID. She will be sorely missed by all who knew her. She is preceded in death by her husband Charlie who died after a long battle with Alzheimer’s on January 13, 2015. She is survived by all three of her children: Mark Sedenquist and his wife Megan Edwards, Dan Sedenquist and his wife Lynette, Diana Sedenquist and her husband Jack Fisher. Her grandchildren: Nicholas, Joshua, Lorena, and Michelle Jacques and her great grandchildren: Naylina and Ayden Jacques, also survive her.